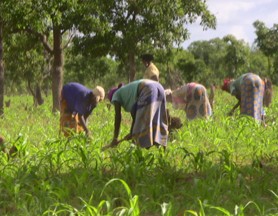 The United Nations Special Rapporteur on the Right to Food, Dr Olivier De Schutter, made a submission to the June 2011 G20 Agriculture Summit in which he said there is a global food crisis but the cause of a lack of food has been misdiagnosed.

“Governments have for years focused their efforts solely on increasing agricultural production by industrial methods alone, as a means to both feeding their growing cities and supplying international markets. This has become a quick fix to the “failure” of national production – increasing food supply has become a substitute for a real food security policy. The failure of these long advocated “solutions” is everywhere to be seen. The price spikes occur repeatedly. Environmental degradation accelerates. Rural poverty and malnutrition persist.”

De Schutter contends political factors condemn small farmers, the primary victims of hunger, to poverty. These include insufficient access to land, water and credit; poor organization of local markets; lack of infrastructure; and lack of bargaining power against intermediate and an increasingly concentrated agro-industrial sector.

“It will take G20 leaders courage to put the global food system back on track. They will have to break the “myth” of hunger as being reducible to a technical issue or to a failure of current food systems to produce sufficient volumes,” he said.

De Schutter said five priorities may give this G20 summit a vital role in improving long-term global food security if they could endorse and act on them. His priorities are:

1. Regulate and make more transparent, the markets for agricultural products. The impact of financial speculation on food prices is now widely recognized, and this needs to be subject to control without delay. The United States legislated on derivatives nearly a year ago. The G20could encourage other major economies to follow the same path.

2. Encourage the development of regional storage facilities. As the world is faced with growing instability in production due to climate change, it is urgent to strengthen systems of storage at the regional level. Currently, in developing countries, 30% of crops – 40% of fruits and vegetables – are lost because of lack of adequate storage facilities. The world may in fact move beyond storage facilities to the establishment of food reserves, not just to allow the humanitarian agencies to respond to emergencies, but also to reduce price volatility across seasons. Provided they are managed in a transparent and participatory way, food reserves may be capable of smoothing prices between periods of good harvests and low periods, characterized by rising prices. The G20 should encourage international institutions and cooperating agencies to further support these regional storage facilities.

3. Support the provision of public goods. To enhance the productivity of small farmers in developing countries, it is necessary to accelerate the provision of public goods such as agricultural extension services or construction of roads linking farmers to urban consumers. It is also crucial to help small producers organize themselves into cooperatives and unions in order to strengthen their positions in food chains and to collaborate with governments in designing programs that are supposed to benefit them.

4. Support the capacity of all countries to feed themselves by strategies based on the right to food. Since the early 1990s, the food bills of the least developed countries have increased five- or six-fold due to lack of investment in the production of food crops. The continued promotion of export agriculture has made these countries highly vulnerable to exchange rate volatility and price spikes in international markets. This trend can be reversed by the implementation of multi-year national strategies, designed to restore efficient subsistence agriculture. Where they are adopted in a participatory way, and where they include mechanisms for monitoring the commitments of governments, such national strategies can improve accountability of governments. The experience of some Latin American countries shows that such strategies focusing on the right to food may improve food security in a sustainable manner. The G20 should reiterate this message and recognize the importance of institutional frameworks and adequate governance in any strategy for food security.

5. Strengthen global food security governance. The Committee on World Food Security (CFS) has been reformed in the wake of the 2007-2008 food crises to strengthen cooperation and coordination between States and international agencies. CFS is now the only forum linking governments, international institutions and civil society in improving food security policies. The G20 should affirm its support for this important step towards better coordination of efforts at international level. It is no longer acceptable that policies in trade or international investment policies, for example, contradict rural development programs in the field that are aimed at improving the situation of poor farmers.

”Hunger is not a natural disaster – it is, rather, a political problem. And that is precisely why this scandal must and can be stopped,” De Schutter said.

Professor Swaminathan, one of India’s “green revolution” agricultural scientists who is now advocating an “evergreen” revolution based on greater emphasis around biological farming practices agrees with De Schutter. He contends knowledge is available for small holders to produce more food per unit of rainfall with biological and conventional farming methods, but lack of extension and supply infrastructure and marketing alternatives is holding developments back. 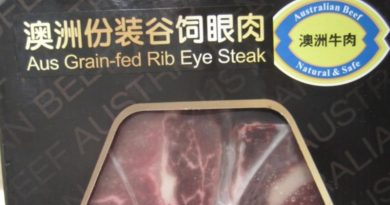