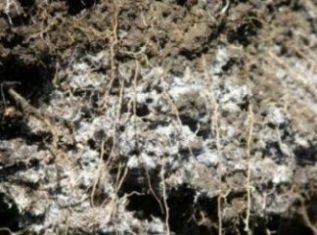 Figure 1: Soil on a chip experiments conducted by Princeton researchers mimic the interactions between soils, carbon compounds and soil bacteria, producing new evidence that large carbon molecules can potentially escape the soil much faster than previously thought. In this microscopy image, soil bacteria (red) grow around aggregates of glucose (green) that stick to pores in a transparent synthetic clay. Credit: Judy Q. Yang

Much of the earth’s carbon is trapped in soil, and scientists have assumed that potential climate-warming compounds would safely stay there for centuries. But new research from Princeton University shows that carbon molecules can potentially escape the soil much faster than previously thought. The findings suggest a key role for some types of soil bacteria, which can produce enzymes that break down large carbon-based molecules and allow carbon dioxide to escape into the air.

More carbon is stored in soil than in all the planet’s plants and atmosphere combined, and soil absorbs about 20% of human-generated carbon emissions. Yet, factors that affect carbon storage and release from soil have been challenging to study, placing limits on the relevance of soil carbon models for predicting climate change. The new results help explain growing evidence that large carbon molecules can be released from soil more quickly than is assumed in common models.

“We provided a new insight, which is the surprising role of biology and its linkage to whether carbon remains stored” in soil, said co-author Howard Stone, the Donald R. Dixon ’69 and Elizabeth W. Dixon Professor of Mechanical and Aerospace Engineering.

In a paper published 27 January 2021 in Nature Communications, the researchers, led by former postdoctoral fellow Judy Q. Yang, developed “soil on a chip” experiments to mimic the interactions between soils, carbon compounds and soil bacteria. They used a synthetic, transparent clay as a stand-in for clay components of soil, which play the largest role in absorbing carbon-containing molecules.

The “chip” was a modified microscope slide, or a microfluidic device, containing silicone-walled channels half a centimetre long and several times the width of a human hair (about 400 micrometres). Inlet and outlet tubes at each end of the channels allowed the researchers to inject the synthetic clay solution, followed by suspensions containing carbon molecules, bacteria or enzymes.

After coating the channels with the see-through clay, the researchers added fluorescently labelled sugar molecules to simulate carbon-containing nutrients that leak from plants’ roots, particularly during rainfall. The experiments enabled the researchers to directly observe carbon compounds’ locations within the clay and their movements in response to fluid flow in real time.

Both small and large sugar-based molecules stuck to the synthetic clay as they flowed through the device. Consistent with current models, small molecules were easily dislodged, while larger ones remained trapped in the clay.

When the researchers added Pseudomonas aeruginosa, a common soil bacterium, to the soil-on-a-chip device, the bacteria could not reach the nutrients lodged within the clay’s small pores. However, the enzyme dextranase, which represents enzymes released by certain soil bacteria, could break down the nutrients within the synthetic clay and make smaller sugar molecules available to fuel bacterial metabolism. In the environment, this could lead large amounts of CO2 to be released from soil into the atmosphere.

Figure 2: The researchers coated this microfluidic device with see-through clay, then added fluorescently labelled sugar molecules and visualized the sorption and release of carbon from clay under a microscope. Credit: Judy Q. Yang

Researchers have often assumed that larger carbon compounds are protected from release once they stick to clay surfaces, resulting in long-term carbon storage. Some recent field studies have shown that these compounds can detach from clay, but the reason for this has been mysterious, said lead author Yang, who conducted the research as a postdoctoral fellow at Princeton and is now an assistant professor at the University of Minnesota.

“This is a very important phenomenon, because it’s suggesting that the carbon sequestered in the soil can be released [and play a role in] future climate change,” said Yang. “We are providing direct evidence of how this carbon can be released—we found out that the enzymes produced by bacteria play an important role, but this has often been ignored by climate modelling studies” that assume clay protects carbon in soils for thousands of years.

The study sprang from conversations between Stone and co-author Ian Bourg, an assistant professor of civil and environmental engineering and the High Meadows Environmental Institute. Stone’s lab has used microfluidic devices to study the properties of synthetic fibres and bacterial biofilms, while Bourg has expertise in the surface geochemistry of clay minerals—which are thought to contribute most to soil carbon storage due to their fine-scale structure and surface charges.

Stone, Bourg and their colleagues realized there was a need to experimentally test some of the assumptions in widely used models of carbon storage. Yang joined Stone’s group to lead the research, and also collaborated with Xinning Zhang, an assistant professor of geosciences and the High Meadows Environmental Institute who investigates the metabolisms of bacteria and their interactions with the soil environment.

Jinyun Tang, a research scientist in the climate sciences department at Lawrence Berkeley National Laboratory, noted that in recent years he and others have observed the degradation of large carbon molecules in soils and hypothesized that it was mediated by biologically produced enzymes.

The Princeton team’s observations “provide a very strong support to our hypothesis,” said Tang, who was not involved in the study. He added that the study’s technique could also be used to explore such questions as “Will the reversible interaction between small-size carbon molecules and clay particles induce carbon starvation to the microbes and contribute to carbon stabilization? And how do such interactions help maintain microbial diversity in soil? It is a very exciting start.”

Future studies will test whether bacteria in the model system can release their own enzymes to degrade large carbon molecules and use them for energy, releasing CO2 in the process.

While the carbon stabilization Tang described is possible, the newly discovered phenomenon could also have the opposite effect, contributing to a positive feedback loop with the potential to exacerbate the pace of climate change, the study’s authors said. Other experiments have shown a “priming” effect, in which increases in small sugar molecules in soil lead to release of soil carbon, which may in turn cause bacteria to grow more quickly and release more enzymes to further break down larger carbon molecules, leading to still further increases in bacterial activity. 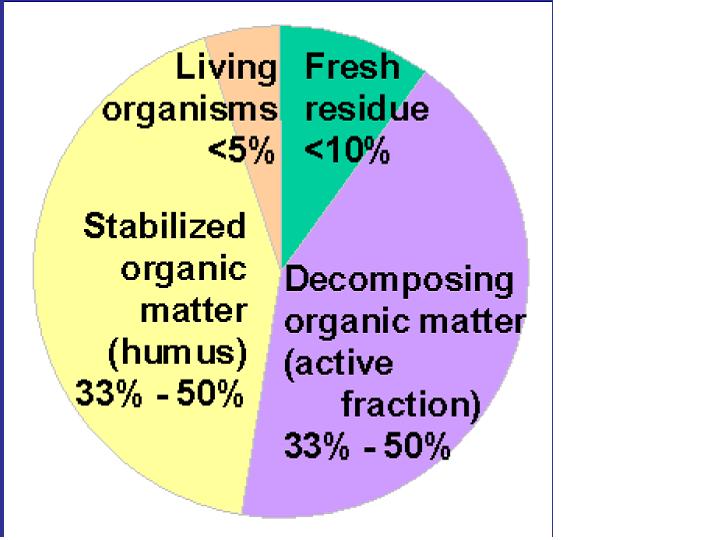 Soil carbon is not all the same 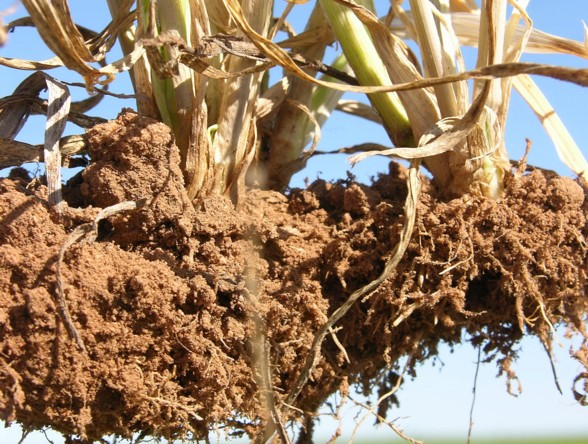 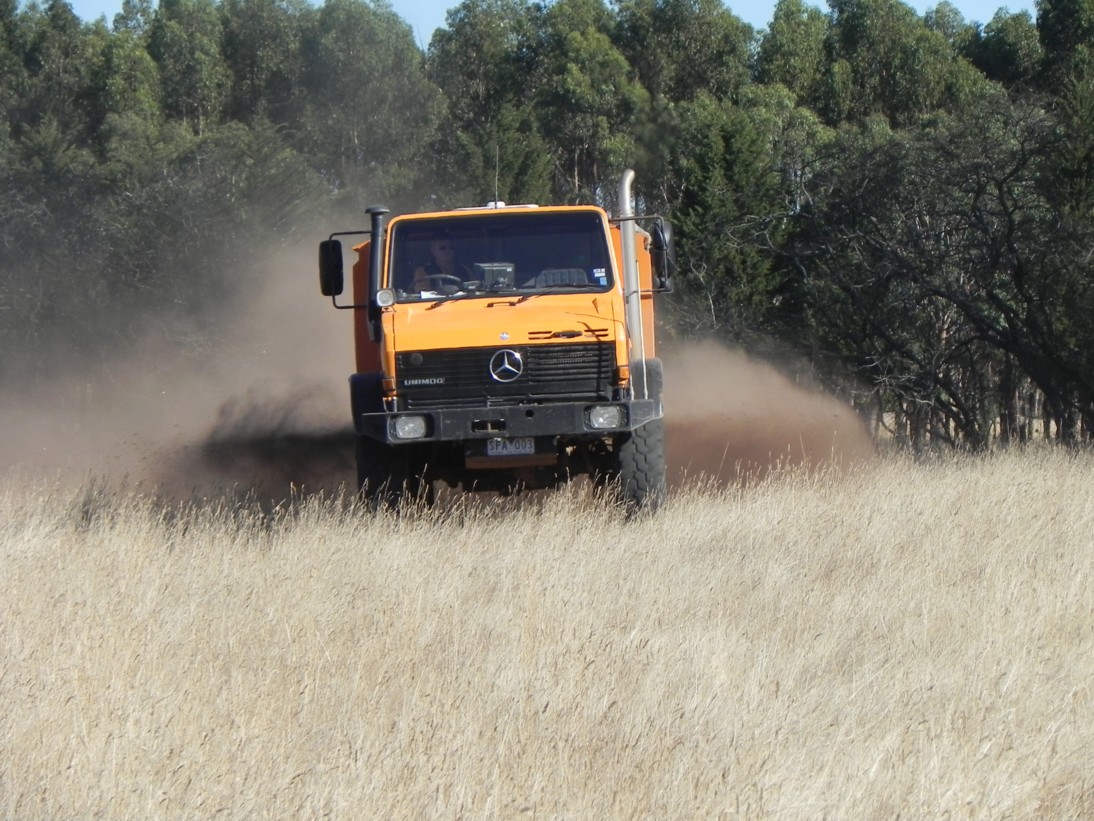