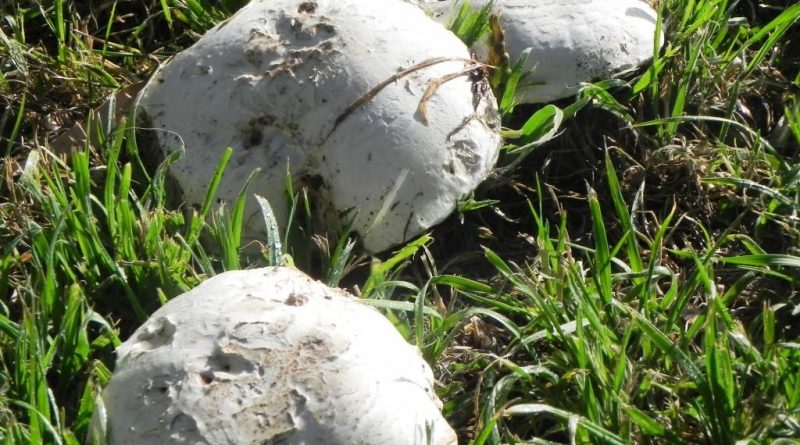 By Patrick Francis
For pasture enthusiasts fairy rings present an insight into the power of soil biology to influence pasture plant growth. On Moffitts Farm I have been monitoring a 20m long, 1m wide fairy ring which is more like a fairy horse shoe, for four years. It becomes obvious each September October because the pasture grows significantly longer and is darker green, figure 1.

What interests me apart from the extra growth is the increased pasture palatability indicated by sheep grazing the fairy ring before surrounding pastures, figure 2. 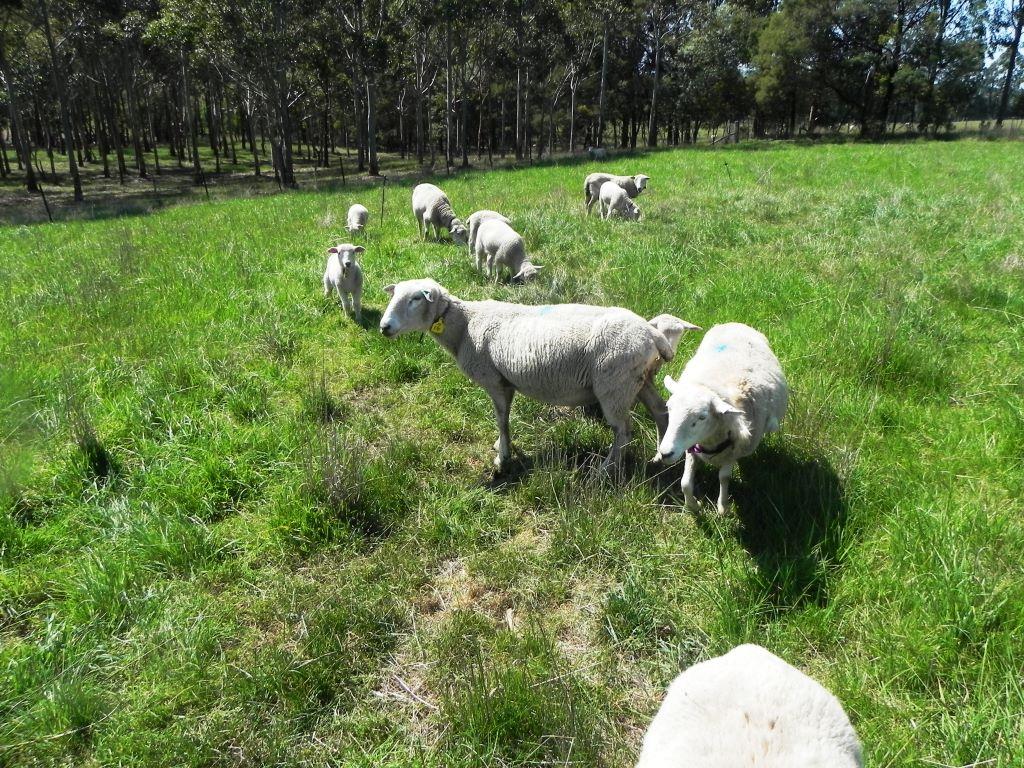 The increased perennial pasture species palatability is similar to what is seen with pasture input trials I have run on Moffitts Farm. When comparing N,P,K,S fertilisers, soil ameliorants – lime and gypsum, and biological products such as Seasol Commercial concentrate and GoGo Juice trials, the only obvious response in terms of pasture growth has been to nitrogen, Figure 3. In the nitrogen fertiliser plots the perennial grasses are greener and taller than the surrounding untreated pasture. 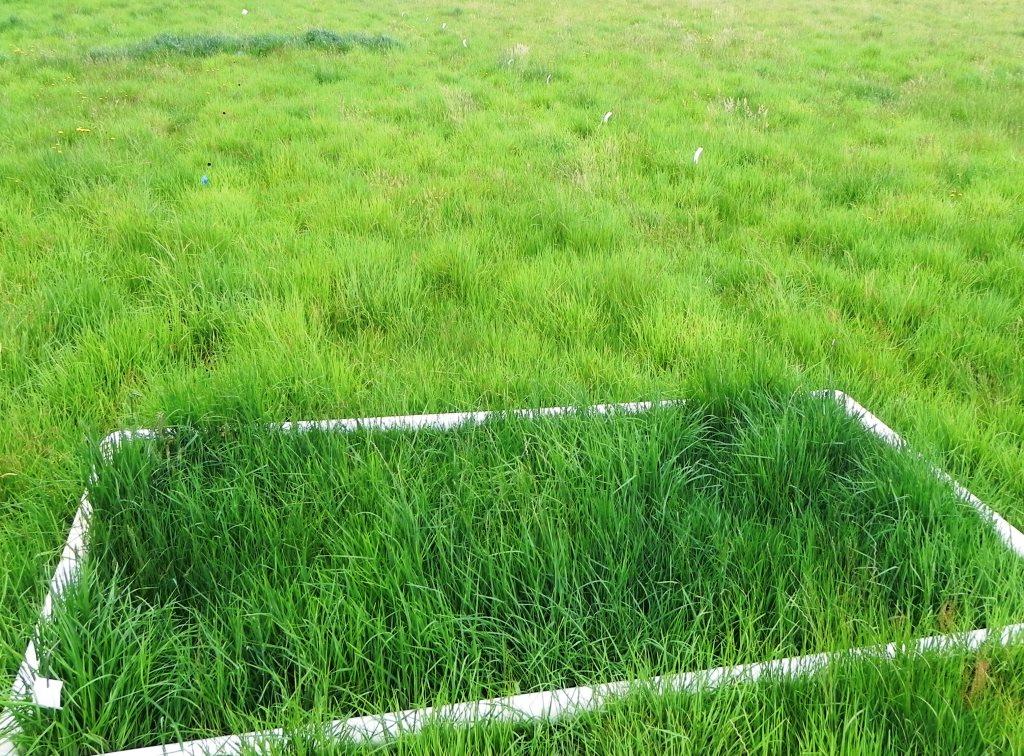 Figure 3: The two nitrogen (urea) treatment plots were the only ones out of nine to show a pasture growth response. Photo: Patrick Francis October 2013.

So what is the fungus in the fairy ring providing to the pasture? The scientific literature has little information about what is happening but the evidence suggests the fungi is supplying the plants with more nitrogen. One reference to fairy rings from Penn State College of Agricultural Science USA calls the rings a turf “disease” and attributes the fungi involved as various Basidiomycetes (mushroom) species. It agrees with the nitrogen hypothesis: “The ring of stimulated grass is thought to be caused by nitrogen substances produced by the breakdown of organic matter by the fungi.”
Encylopaedia Brittanica concurs: “The individual fungus is potentially immortal, because it continues to grow at the hyphal tips as long as conditions remain favourable. It is possible that, in undisturbed places, mycelia exist that have grown continuously for many thousands of years. The older parts of the hyphae die and decompose, releasing nitrogen and other nutrients into the soil.” 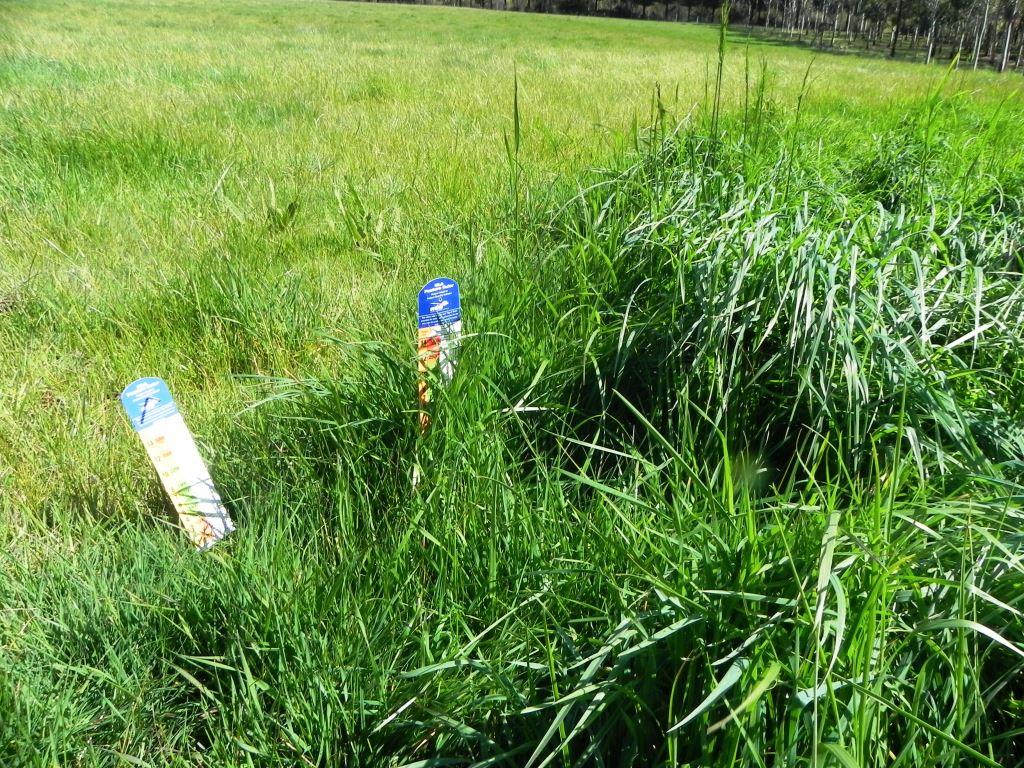 One symptom of this so called turf disease is described as “In some instances, the center of a stimulated band may contain weakened or dead grass, or bands may have an inner zone of stimulated grass edged with dead or stunted turf on either side. The fungi usually do not attack grass, but sometimes they repel water, resulting in death of the turf due to drought.”

I have not seen this dead or stunted pasture associated with the fairy ring. On the contrary each year the fairy ring pasture grows more strongly than the surrounding pasture.

It would be interesting to know if fairy ring fungus could be cultivated to produce spores for inoculating pastures and provide another natural alternative to nitrogen fertilisers to increase grass growth rates, especially in winter and early spring.

Innoculation of seed with fungi spores is a practice already being used in cereal crops where soils have lost or have significantly reduced mycorrhizae fungi. These are fungi which form a symbiotic relationship with grass plants and in return for sugars from the plant supply essential nutrient particularly phosphorus from the soil. Mycorrhizae fungi require living plants to survive year round so in monoculture cereal cropping where plants are alive for six to eight months, their population can be reduced to zero. Some farmers particularly in Western Australia on low phosphorus soils are inoculating seed with mycorrhizae fungus spores. (Visit the “Soil health and plant nutrition” section on this web site for articles about mycorrhizae fungi.)

Another product used to boost pasture growth in winter is Gibberellic acid. This is a naturally-occurring plant hormone that stimulates growth through cell expansion. In grasses this results in stem and leaf elongation.

The paddock with the fairy ring shown in figures 1 – 3 is currently undergoing a pasture renovation program. In October 2018 chicory and plantain were sown after an application of glyphosate to kill sweet vernal, bent grass and silver grass. In complete contrast to figure 1 where grass growth has been boosted by the soil fungi in the fairy ring, there is no difference to chicory and plantain growth in and outside the fairy ring. It is equally good in both areas, figure 5. 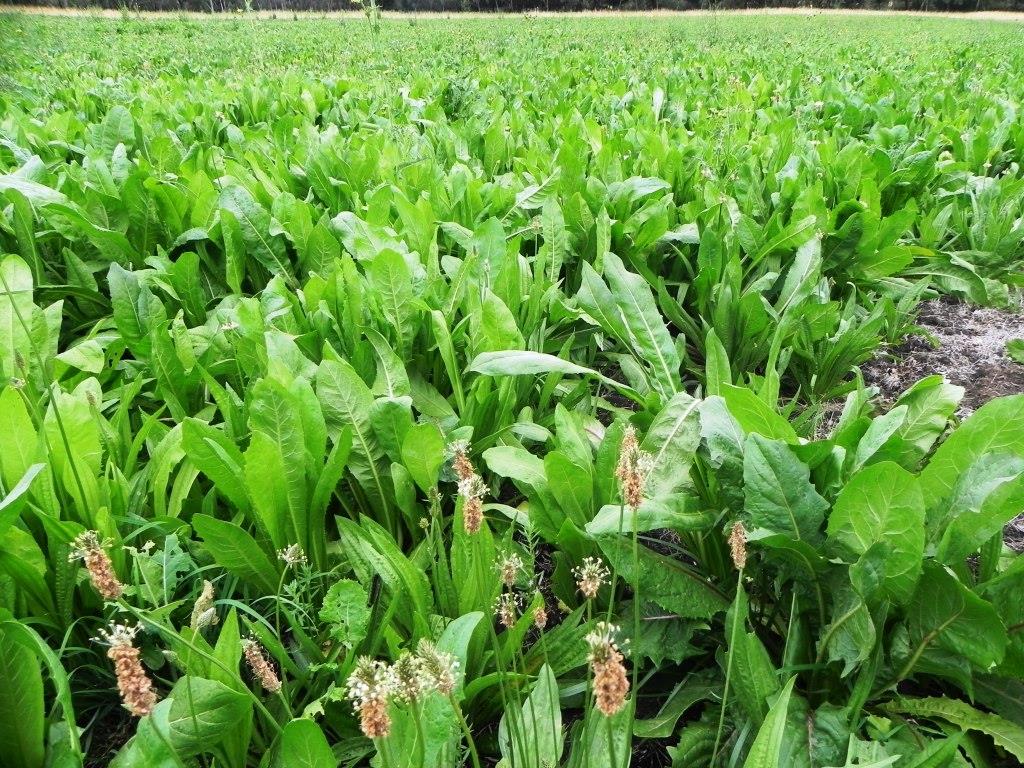 Figure 5: The plantain and chicory on the fairy ring (right of photo) has the same height and colour as the two species in the rest of the paddock. (Mushrooms are present but difficult to see due to the height of the pasture species). Photo: Patrick Francis Dec 2018.

The fairy ring has produced its characteristic ring of mushrooms, figure 6, which highlights that the fungus remains prolific in the soil. Two possible explanations come to mind as to why the chicory and plantain are not larger in the ring compared to the plants outside it:
* Chicory and plantain have deep tap roots so the nutrients made available by the fungus could be closer to the surface than the tap roots can access.
* Chicory and plantain roots somehow inhibit the fairy ring fungus growth. This maybe akin to the way mycorrhizae fungi do not colonise the roots of brassica plants and so have no impact on its growth. 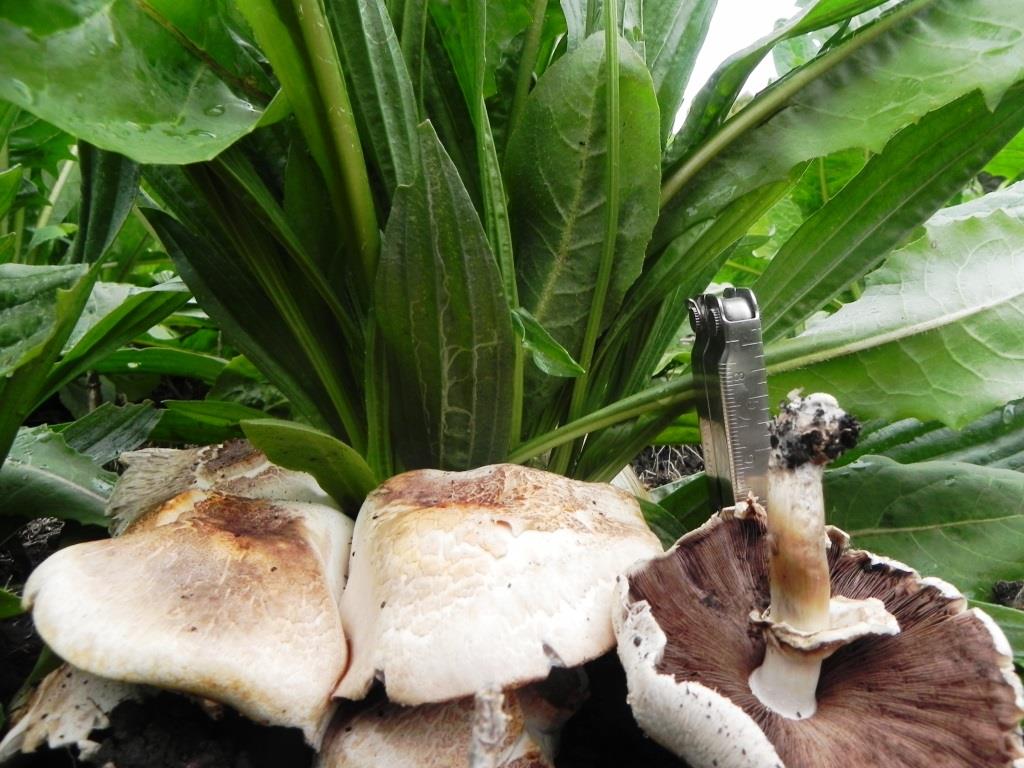 Figure 6: Fairy ring fungus mushrooms are prolific amongst the chicory and plantain but there are no signs of any benefits to these two pasture species. The knife height is 8cm. Photo: Patrick Francis, Dec 2018.