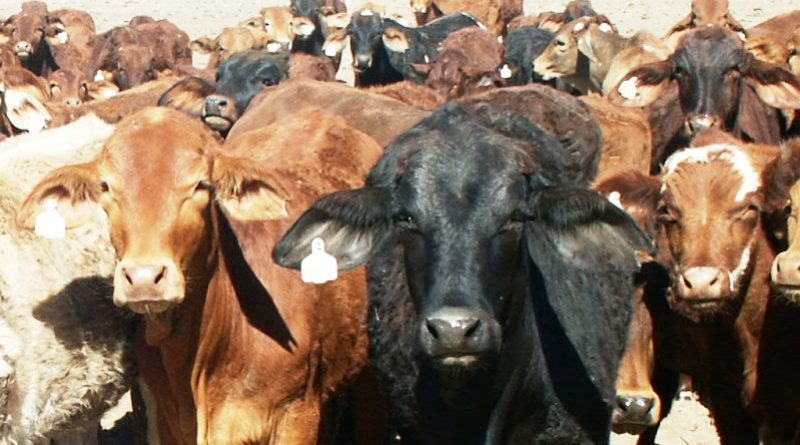 The latest expose showing killing cattle with a sledge hammer in a Vietnamese abattoir highlights the inability of the Australian government’s Exporter Supply Chain Assurance System (ESCAS) to prevent animal cruelty. Irrespective of the intentions of ESCAS to prevent animal cruelty, the reality is that it cannot do so. There are a number of reasons for this:

If the live export trade is to continue, these issues need to be addressed straight away.

As well, the farmers who supply sheep and cattle to the trade should demand paddock to abattoir traceability. Farmers must take some responsibility for animal welfare outcomes in this trade so they should have feedback on where their animals are finished and what abattoir slaughters them. Farmers need to know if their animals are the ones being subjected to cruelty as shown in the latest expose. I suspect most farmers who send livestock for export who find their animals are being cruelly treated would demand changes be made or cease being part of the supply chain.

There is another aspect of the live animal export business that needs investigation if Australian farmers and the community in general are to be fully informed about its value to this country. The live cattle and sheep value chain needs a full investigation to find out who are the financial winners and losers from farm gate to cuts of meat sold to consumers. The financial investigation should compare the profit margins of beef and sheepmeat exported from Australia in boxes with the same products from Australia’s live animals processed overseas. Part of the investigation should be an examination of working conditions and pay rates for the overseas feedlot and abattoir workers who are processing Australian sheep and cattle.

Beef as food for the poor myth

There is a myth about the live beef cattle trade that it makes an important contribution to the food supply for low income residents in the major importing countries – Indonesia and Vietnam. The Minister for Agriculture said in a mid-June 2016 media release that “The Coalition supports the live export trade….because of the social benefits of improving the food security and living standards of millions of people all over the world, including in countries where there are strong cultural preferences for freshly slaughtered meat.”

What he doesn’t say it that beef is the most expensive of all meats available in the world and its why chicken and pig meat consumption far exceeds beef in developing countries. As well, he fails to explain how live export cattle that sell for a similar price at the farm gate to cattle processed in Australia and have the additional costs associated with transport overseas can become retail beef that is affordable to consumers in countries which have amongst the lowest average annual incomes in the world.

This defies logic and ignores the fact that the beef from Australian cattle processed in Indonesia and Vietnam which poor families buy at wet markets is from the secondary, low value cuts which in an Australian processing plant would end up as manufacturing meat. The profitable high value “sweet cuts” from live export cattle processed overseas ends up in supermarket and food service sectors in which only the emerging high income consumers can afford to purchase it.

Despite the similar purchase price for cattle in Australia and extra cost of transport for live export, the costs involved in on-shore feeding, transport, processing, regulations and quality assurance for beef are so low in these countries that the sweet cuts are more profitable for the companies to sell than imported frozen and chilled beef from Australia. The secondary beef cuts and offals sold into wet markets are a bonus sideline for these companies. The fact that an increasing percentage of live export cattle into new markets like Vietnam and China are finished animals that will be processed soon after arrival without further feeding is testimony to the profitability of processing Australian cattle overseas and selling the sweet cuts into destinations that have traditionally been supplied with imported frozen and chilled beef.

The newest market to be supplied with finished and feeder cattle from Australia is Cambodia. It is one of the lower per capita income countries in the world, table 1.  It received its first shipment of 2761 cattle in mid-June 2016. In reporting this initiative the electronic publication Beef Central said: “The cattle will be fed and processed to produce beef for domestic consumption within Cambodia and also for export to other countries …such as China, Thailand, Vietnam and Japan. …while imported (Australian) cattle were more expensive than locally reared cattle, the meat would be 40 percent cheaper than imported (Australian) beef,” the processing company’s managing director said.

Table 1: Gross domestic product per capita in Australia and countries importing live feeder and slaughter cattle from Australia. Source: World Bank http://data.worldbank.org/indicator/NY.GDP.PCAP.CD Note: GDP per capita is gross domestic product divided by midyear population. GDP is the sum of gross value added by all resident producers in the economy plus any product taxes and minus any subsidies not included in the value of the products.

Given the low GDP per capita in Cambodia, Vietnam, Philippines and other emerging Asian importing countries is a reflection of wages paid, it is no surprise that beef from Australian cattle processed in those countries ends up considerably less expensive than equivalent beef imported direct from Australia.

It confirms the validity of a statement by Clive Phillips, from the University of Queensland’s Centre for Animal Welfare and Ethics, on ABC radio that “…Vietnamese traders made good money selling Australian cattle (as beef) on to other countries.”

Phillips also contends that it is virtually impossible to impose Australian animal welfare conditions on businesses in other countries. “It’s extremely difficult for Australia to try and impose conditions in a country which has a completely different culture.”

This suggests the only ways to stop the cruelty will be to cancel the licenses of live export businesses that purchase the cattle (or sheep) to sell onto processors who engage in cruel practices or end the live trade completely to countries unprepared to adopt Australia’s livestock welfare conditions.

The following article from the Australasian Meat Industry Employees Union highlights worker safety issues as well as the animal cruelty in some of the abattoirs processing Australian cattle. 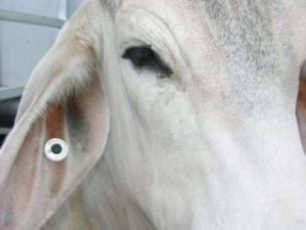 Australasian Meat Industry Employees’ Union condemned the live export trade as a barbaric practise that not only brutalises Australian livestock but puts the health and safety of meatworkers in developing countries at risk. This follows the shocking video aired on 7.30 Report on 15 June 2016 showing Australian animals being brutally killed in Vietnam by sledgehammering.

“The images shown are abhorrent and go against the very core of our industry’s values. There is simply no reason animals need to be virtually bludgeoned to death in a way that would be not only extremely distressing for the animals, but also unsafe for workers involved,” said AMIEU National Secretary, Graham Smith.

“Since the show aired, I’ve been inundated with calls from meatworkers across the country determined to express their outrage at what they saw last night.

“The dark side of live exports is not limited to concerns around animal welfare. Last night Australians caught a glimpse of the dirty, decrepit and downright dangerous conditions in which Vietnamese meatworkers are forced to earn a living.

“Australian meatworkers stand united in condemnation of the live export industry, the horror it knowingly inflicts upon innocent animals and the exploitation of Vietnamese workers to which it has turned a blind eye.”

As part of the Australian Government’s Exporter Supply Chain Assurance System (ESCAS), exporters contract auditors to check overseas slaughterhouses in destination markets to ensure systems are in place to facilitate the humane and hygienic slaughter of Australian animals.

“It’s clear that the live export trade is corrupting the system in place to protect our animals and industry. There are inherent systemic issues where Australian regulation is being breached and it’s costing our domestic meat processing industry as a result through live animal supply tensions.

“The live export trade has yet again turned a blind eye to the animal abuse endemic to the trade and its devastating effect on the Australian meat industry and the 55,000 workers it employs locally.

“ESCAS is a charade. It is a system designed to perpetuate the very abuse and exploitation we are told it is working to prevent.

“The truth is that the system has been corrupted and systematically circumvented since its inception. The Department, Minister and industry are all aware of these breaches yet not a single exporter has been sanctioned under ESCAS.

“Exporters have been given no reason to take their responsibilities seriously and they know that Agriculture Minister Barnaby Joyce will protect their interests no matter what issues arise,” said Smith.