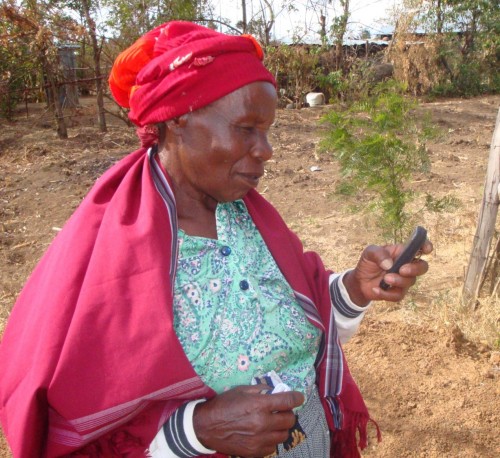 Farm extension and rural advisory services occupy a strategic position in the agricultural production cycle. They link farmers to information about appropriate farming practices, when and what to plant, and how to use new technologies like seeds and soil management techniques developed by researchers. Extension service providers also pass on feedback from farmers to policy makers and help to ensure that government policies are effectively meeting the needs of farmers.Efforts to fight hunger and rural poverty, backed by billions of dollars, are being hampered by weak support for extension services and advice to enable smallholder farmers to produce more food and reap greater benefits from their harvest, development experts, farmers, and innovators said at a conference inNairobi,Kenya  in 2011.

“Smallholder farmers—particularly women—produce the bulk of food in developing countries, often under difficult circumstances,” he added. “National governments and international donors must redouble their efforts to boost smallholder agricultural production if we are to reverse persistent food insecurity and rural poverty.”

Seventy-five percent of the world’s poor live in rural areas, and most of them depend on agriculture for their livelihoods. Studies have shown that agricultural growth reduces poverty by twice the rate of growth in other sectors.

“Today,Africa appears to have a monopoly on poverty and hunger. New technologies and access to seeds and inputs and better management practices are critical to changing this situation, but they are by no means sufficient,” said Dr. Namanga Ngongi, president of theAlliancefor a Green Revolution in Africa (AGRA). “To unlock the potential of smallholder farmers to fight hunger and food insecurity, and to bring prosperity, these innovations must reach farmers. Extension agents and advisory services are critical in transformingAfrica’s agriculture.”

Brazil’s experience over the last eight years provides a potentially useful example for transforming agriculture in other parts of the developing world, according to some participants. In 2003, the government ofBrazil began to focus further on smallholder farmers who produce around 80 percent of the food consumed. In 2004, the government of Brazil instituted an extension services policy that increased the coverage and technical capacity of extension in rural areas. These were paralleled with a set of policies such as credit and public purchase, the combination of which brought more than 33 million people out of poverty.

“The role of extension services in development is critical to transforming the countryside. They inform, organize, and give farmers the means to access policies, knowledge, and innovations that are designed to support them,” said Dr. Hur Ben Corrêa da Silva, president of the Brazilian Rural Extension Academy and technical advisor in the Ministry of Agrarian Development.

On average there is one extension worker for every 4,000 farmers in Africa. Although the situation has improved in some countries like Kenya, where the ratio is one to every 1,470 farmers, it is still far below the ideal of one extension officer for every 400 farmers. Experts at the conference agreed that technology that can disseminate information to farmers beyond face-to-face interaction is crucial to filling this gap.

“Roughly 60 percent ofAfrica’s population is involved in agriculture. That’s 600 million people,” said Monty Jones, World Food Prize laureate and executive director of the Forum for Agricultural Research in Africa (FARA). “To increase agricultural productivity and reach the broader agricultural sector, we must focus on quality investments in technologies and knowledge that can cost effectively reach these farmers and increase their awareness of new innovations.”

Recently, agricultural extension systems in many countries have changed from under-funded, centrally controlled, top-down programs to initiatives where many different entities are providing information and advice to farmers—from NGOs to bulk commodity purchasers and research institutes to state agencies. These demand-driven reforms have made them cost-effective, efficient and sustainable.

The rise of community radio stations across Africa, combined with the mobile phone revolution, have the potential to transform the extension and advisory sector, according to experts at the meeting. Call-in programs have turned radio into an interactive tool that gives a voice to farmers, and SMS services provide farmers with timely market information.

For example, there are several projects in West Africa that are testing the use of SMS to give farmers market prices, extension advice, and even information on appropriate social and health-related issues. The Scientific Animations Without Borders (SAWBO) project uses Bluetooth technology to transmit videos that provide farmers with farming and health advice, such as control strategies for insects that attack cowpea plants and cholera prevention.

“These communications technologies are part of a new age of extension that serve farmers well. They provide information to farmers when they need it; they give farmers a voice in development,” said Doug Ward, chair of Farm Radio International, a Canadian-based organization working with hundreds of broadcasters across sub-Saharan Africa to educate farmers on best practices and inform them of innovations to improve their harvests.

While communications innovations are extending the reach of advisory services, farmers themselves are also leading the way in sharing information with other farmers. Mary Gichuki has been working with the World Agroforestry Centre (ICRAF) and the East Africa Dairy Development (EADD) project to promote the use of fodder trees to feed dairy cows. “Farmers are able to see the benefits firsthand on my farm. They know my advice is based on experience,” said Gichuki.  “Now, I can put down my djembe [hoe] and work with pen and paper to help farmers farm for business rather than for subsistence.”

“After decades of under-investment in agriculture—particularly in extension, research and education—governments and international donors now recognize that agricultural growth requires a significant increase in investment,” said Hailu. “However, revitalizing extension and advisory services is not simply a matter of allocating more money. Just as importantly, it’s about reforming the way these services work and their systems of governance, and making sure that the reforms that are already underway are effective and achieve the desired impact.”

The Technical Centre for Agricultural and Rural Cooperation (CTA) is a joint international institution of the African, Caribbean and Pacific (ACP) Group of States and the European Union (EU). Its mission is to advance food and nutritional security, increase prosperity and encourage sound natural resource management in ACP countries. It provides access to information and knowledge, facilitates policy dialogue and strengthens the capacity of agricultural and rural development institutions and communities. CTA operates under the framework of the Cotonou Agreement and is funded by the EU. For more information on CTA , Samuel Mikenga  mikenga@cta.int ; www.cta.int 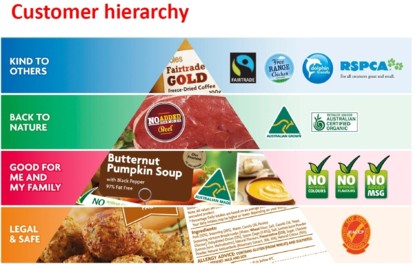 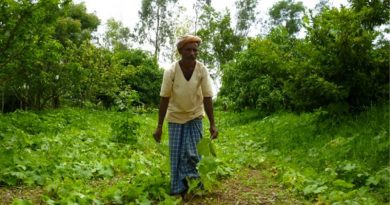