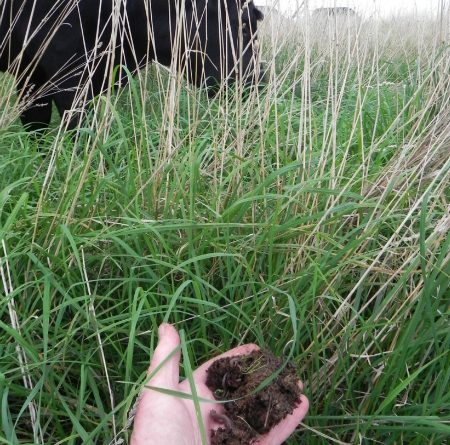 Soil carbon is in the spotlight in Australia. A key plank in the Morrison government’s technology-led emissions reduction policy, it involves changing farming techniques so soils store more carbon from the atmosphere.

Farmers can encourage and accelerate this process through methods that increase plant production, such as improving nutrient management or sowing permanent pastures. For each unit of atmospheric carbon they remove in this way, farmers can earn “carbon credits” to be sold in emissions trading markets.

But not all carbon credits are created equal. In one high-profile deal in January, an Australian farm sold soil carbon credits to Microsoft under a scheme based in the United States. We analysed the methodology behind the trade, and found some increases in soil carbon claimed under the scheme were far too optimistic.

It’s just one of several problems raised by the sale of carbon credits offshore. If not addressed, the credibility of carbon trading will be undermined. Ultimately the climate – and the planet – will be the loser.

What is soil carbon trading?

Carbon trading schemes require the increase in soil carbon levels to be measured. The measurement methods are well-established, but can be costly and complex because they involve collecting and analysing large numbers of soil samples. And different carbon credit schemes measure the change in different ways – some more robust than others.

The Australian government’s Emissions Reduction Fund has a rigorous approach to soil sampling, laboratory analysis and calculation of credits. This ensures only genuine removals of atmospheric carbon are rewarded, in the form of “Australian Carbon Credit Units”.

Farmers can choose other schemes under which to earn carbon credits, such as the US-based carbon offset platform Regen Network.

‘A number of concerns’

It was Regen Network which sold Microsoft the soil carbon credits generated by an Australian farm, Wilmot Station. Wilmot is owned by the Macdoch Group, and other Macdoch properties have also claimed carbon credits under the Regen Scheme.

Regen Network should be applauded for making its methods and calculations available online. And we appreciate Regen’s open, collaborative approach to developing its methods.

However, we have reviewed their documents and have a number of concerns:

Wilmot increased soil carbon, or “sequestration”, through changes to grazing and pasture management. The resulting rates of carbon storage calculated by Regen Network were extremely high – 7,660 tonnes of carbon over 1,094 hectares. This amounts to 7 tonnes of carbon per hectare from 2018 to 2019.

These results are not consistent with our experience of what is possible through pasture management. For example, the CSIRO has documented soil carbon increases of 0.1 to 0.3 tonnes of carbon per hectare per year in Australia from a range of methods to increase pasture production.

We believe inaccurate methods have led to the carbon increase being overestimated. Thus, it appears excess carbon credits may have been awarded.

Many carbon trading schemes apply rules to ensure integrity is maintained. These include:

The Emissions Reduction Fund and other well-recognised international schemes, such as Verra and Gold Standard, apply these rules stringently. Regen Network’s safeguards are less rigorous.

Responses to these claims from Regen Network and Macdoch Group can be found at the end of this article.

Carbon trading is a way for farmers to make money by changing their land management practices. Photo: Patrick Francis

Not in the national interest?

Putting aside the problems noted above, the offshore sale of soil carbon credits generated by Australian farmers raises other concerns.

First, selling credits offshore means Australia loses out, by not being able to claim the abatement towards our own government and industry targets.

Second, soil carbon does not have unlimited emissions reduction potential. The quantum of carbon that can be stored in each hectare of soil is constrained, and limited by factors such as land availability and climate change. So measures to increase soil carbon should not detract from society’s efforts to reduce emissions from fossil fuel use.

And third, ensuring carbon remains in soil long after it’s deposited is a challenge because soil microbes break down organic matter. Carbon credit schemes commonly manage this by requiring a “buffer” of unsold credits. If stored carbon is lost, farmers must relinquish credits from the buffer.

If the loss is greater than the buffer, credits must be purchased to make up the difference. This exposes farmers to financial risk, especially if carbon prices rise.

Soil carbon is a promising way for Australia to substantially reduce its emissions. But methods used to measure gains in soil carbon must be accurate.

Carbon markets must be regulated to ensure credit is awarded for genuine abatement, and risks to farmers are limited. And the extent to which offshore carbon markets prevent Australia from meeting its own obligations to reduce emissions should be clarified and managed.

Improving the integrity of soil carbon trading will have benefits beyond emissions reduction. It will also improve soil health and farm productivity, helping agriculture become more resilient under climate change.

Find out more: The authors are:

Research Leader Pastures an Rangelands, The University of Melbourne

Find the original article and references at — https://theconversation.com/us-scheme-used-by-australian-farmers-reveals-the-dangers-of-trading-soil-carbon-to-tackle-climate-change-161358

Regen Network provided The Conversation with a response to concerns raised in this article.

The following is a brief summary of Regen Network’s statement:

– Limited on-ground soil sampling: Regen Network said its usual minimum number of soil samples was not reached in the case of Wilmot Station, because historical soil samples – taken before the project began – were used. To compensate for this, relevant sample data from a different farm was combined with data from Wilmot.

“We understand the use of ancillary data does not follow best practice and our team is working hard to ensure future projects are run using a sufficient number of samples,” Regen Network said.

– Bulk density: Regen Network said the historical sample data from Wilmot did not include “bulk density” measurements needed to estimate carbon stocks, which required “deviations” from its usual methodology. However the company was taking steps to ensure such estimates in future projects “can be provided with higher degrees of accuracy”.

– Gravel content: Regen Network said lab reports for soil samples included only the weight, not volume, of gravel present. “Best sampling practice should include the gravel volume as an essential parameter for accurate bulk density measurements. We will make sure to address this in our next round of upgrades and appreciate the observation!” the statement said.

Regen Network said its methodology “provides a conservative estimate on the final number of credits issued”. Its statement outlines the steps taken to ensure soil carbon levels are not overestimated.

– Integrity safeguards: Regen Network said it employs standards “based both on existing standards of reputable programs […] and inputs from project developers, in order to come up with a standard that not only is rigorous but also practical”. Regen Network takes steps to ensure additionality and permanence of carbon stores, as well as avoid double counting of carbon credits generated through their platform.

A more detailed response from Regen Network can be found here.

Wilmot Station provided the following response from Alasdair Macleod, chairman of Macdoch Group. It has been edited for brevity:

We entered into the deals with Regen Network/Microsoft because we wanted to give a hint of the huge potential that we believe exists for farmers in Australia and globally to sequester soil carbon which can be sold through offset markets or via other methods of value creation.

Whilst we recognise that the soil carbon credits generated on the Macdoch Group properties in the Regen Network/Microsoft deal will not be included in Australia’s national carbon accounts, it is our hope that over time the regulated market will move towards including appropriately rigorous transactions such as these in some form.

At the same time we have also been working closely with the Australian government, industry organisations, academia and other interested parties on Macdoch Group properties to develop appropriate soil carbon methodologies under the government’s Climate Solutions Fund.

This is because carbon measurement methodologies are an evolving science.

We have always acknowledged and will welcome improvements that will be made over the coming years to the methodologies utilised by both the voluntary and regulated markets.

In any event it has become clear that there is huge demand from the private sector for offset deals of this nature and we will continue to work towards ensuring that other farmers can take advantage of the opportunities that will become available to those that are farming in a carbon-friendly fashion. 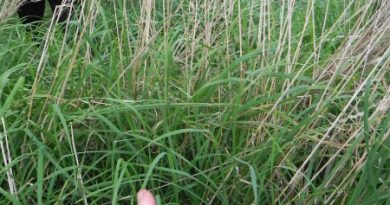 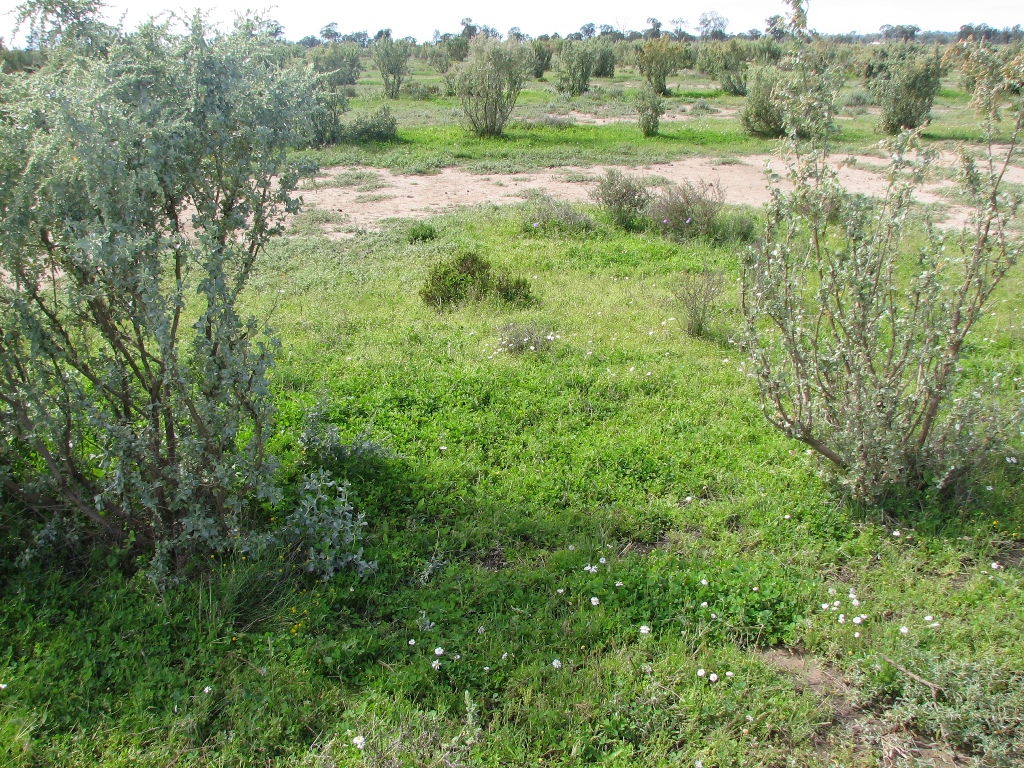