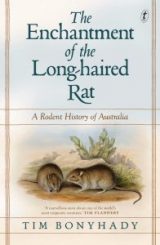 Book review by Patrick Francis
For a person with close to 50 years experience in agriculture and in associated Australian plants and animals I am somewhat embarrassed to admit I had no knowledge at all of the incredible long-haired rat irruptions (sudden increase in population sometimes referred to as a plague) that frequent the nation’s pastoral interior. Given these irruptions have been regularly documented by explorers then settlers and visitors to the interior since the 1840’s, why am I so ignorant of this native animal?

My excuse is living in southern Australia where long-haired rats never venture. As well their impacts on people, equipment and the natural environment was locally significant but occurred in such remote districts that the long-haired rat failed to catch the attention of outsiders. The exception was the occasional reference to irruptions in Brisbane’s newspapers.

When I heard that a book had been written about this native rodent I was surprised and intrigued. How could there be enough to say about a native rodent? How wrong I was as the book “The Enchantment of the Long-haired Rat” by Tim Bonyhady is a masterpiece of natural history writing. For 250 pages Bonyhady opens up an intriguing new native rat world to the uninformed reader.

Bonyhady’s ability to keep readers interest over this number of pages stems firstly from his incredible depth of research into long-haired rat irruptions, its biology and its consequences for other native animals particularly birds of prey, and two feral animals – the cat and the rabbit. Secondly, Bonyhady’s writing style is fluent but everyday so the reader doesn’t need a zoology or ecology degree to understand the long-haired rat.

Learning about the biology of the long-haired rat is the key to this book’s intrigue, because the long-haired rat took decades to scientifically identify as the unique Australian rodent, Mus villosissius, and not an escaped black European rat, Rattus rattus, or brown rat, Rattus norvegicus. There was also some confusion with it and the native stick nest rat which is now extinct. Importantly, the contribution of non-scientists, bush-naturalists like Kenric Harold Bennett who lived on pastoral stations and collected specimens for museums and zoologists and were seldom if ever recognised, are given the credit they deserve. 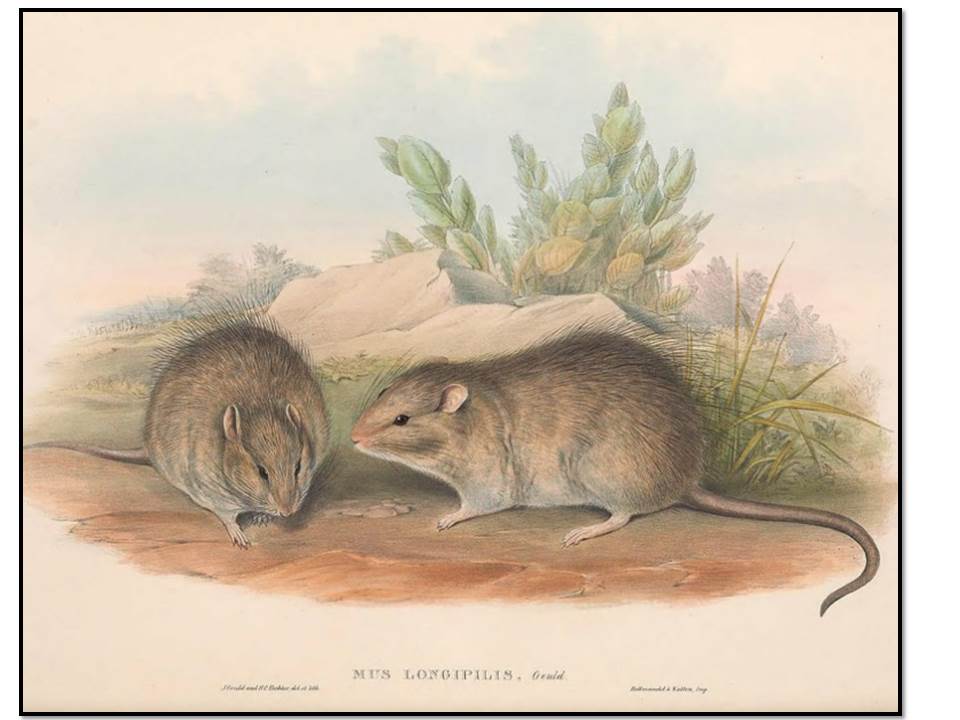 Figure 1: The earliest image of the long-haired rat, published in London in 1854 as part of John Gould’s “Mammals of Australia”. The scientific name on the image has been changes to Mus villosissius.

Why the book’s title includes the word “Enchantment” is hard to understand because the story is more about unravelling the mystery of the long-haired rat. All sorts of questions are raised about where it comes from, why it reproduces so rapidly into plague numbers after big rains (usually associated with La Nina’s), follows the green herbage impacts of those rainfall events then almost as quickly as its population explodes it disappears.

The stories about the rats are chilling. One of the more sensational from the Brisbane Courier-Mail’s Boulia (Qld) correspondent about the August 1940 irruption, cites a local pastoralist “…claimed to have watched a mob of rats, estimated at 200,000, literally march across his property. When they had passed, hardly a blade of grass was left.” Outback pioneers and explorers who crossed paths with rat irruptions struggled to keep their horse harness intact and even their shoes as the rats had a liking for leather.

The two topics I found particularly interesting were the interactions of the long-haired rat with rabbits and cats. The latter is the most disturbing because during the late 1800’s irruptions cats were actually purchased by station owners from city owners in the hope of controlling numbers. But the long-haired rat populations always declined rapidly and this left the introduced cats to prey on other native animals for years until the next plague arrived. Kenric Harold Bennett was amongst the first colonists to identify domestic cats gone feral as one of the major contributors to native animal extinctions.

Examples cited in the book suggest feral cats are becoming more numerous and larger. In 1991University of Queensland researcher Jack Pettigrew, spotlighting on Davenport Downs saw nine pairs of cats eyes in a coolabah tree where the year before he had tagged 26 letter-winged kite chicks (page 241). Out of concern for the kite and bilby Pettigrew and his assistants shot 182 cats all sitting in kite nests. In another cat shooting exercise when 423 were shot by soldiers, the heaviest was eight kilograms.

In 2009 a long-haired rat irruption occurred in western Queensland country where bilbies live. At first the cats ate rats but when they subsided the cats turned on bilbies. During a state government cat shoot in 2013, one was claimed to be 15kg and had 12 baby bilbies in its stomach (page 247).

“The Enchantment of the Long-haired rat” is highly recommended reading for anyone with interest in Australia wildlife and the connections between native species and feral animals.

Find out more: Published by The Text Publishing Company, August 2019.