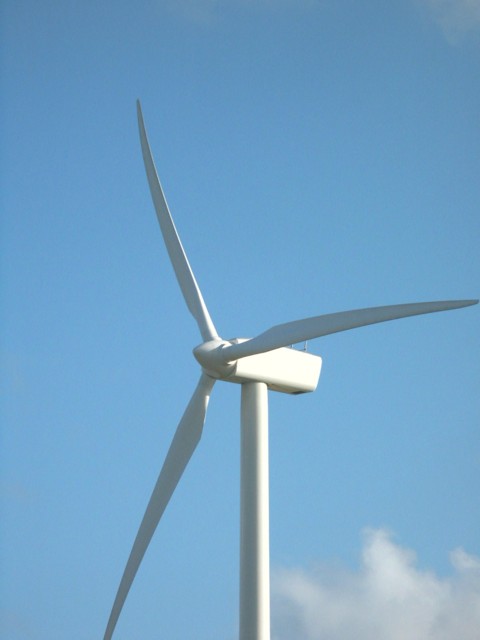 One of the most comprehensive documents about the development of renewable energy around the world has been released by REN21, the Renewable Energy Policy Network for the 21st Century.

“The First Decade: 2004-2014” documents the evolution of renewables since 2004 measuring progress by technology and by region, ending with a look at lessons learnt and offering a vision for the future.

Since 2004, the number of countries promoting renewable energy with direct policy support has nearly tripled, from 48 to over 140, and an ever-increasing number of developing and emerging countries are setting renewable energy targets and enacting support policies. The report documents the steady increase in the global demand for renewable energy over the past decade, looking at each technology in turn and showing its evolution annually. Global investment is also tracked as well as the evolution of renewable technology uptake, market and policy development by region.

The report notes that as solar, wind, biomass, and other energy sources gain market share, the levelised cost of energy (LCOE) is becoming an important metric in the decision-making process for building new power generation. Strong policy signals from governments are also needed to ensure that renewables are a central component of national energy supply chains. Scenarios illustrating that by 2050, 65 to 94% of electricity and 30 to 72% of transport are likely to be met by renewables are also presented as possible future developments.

A number of issues took my attention in the report: 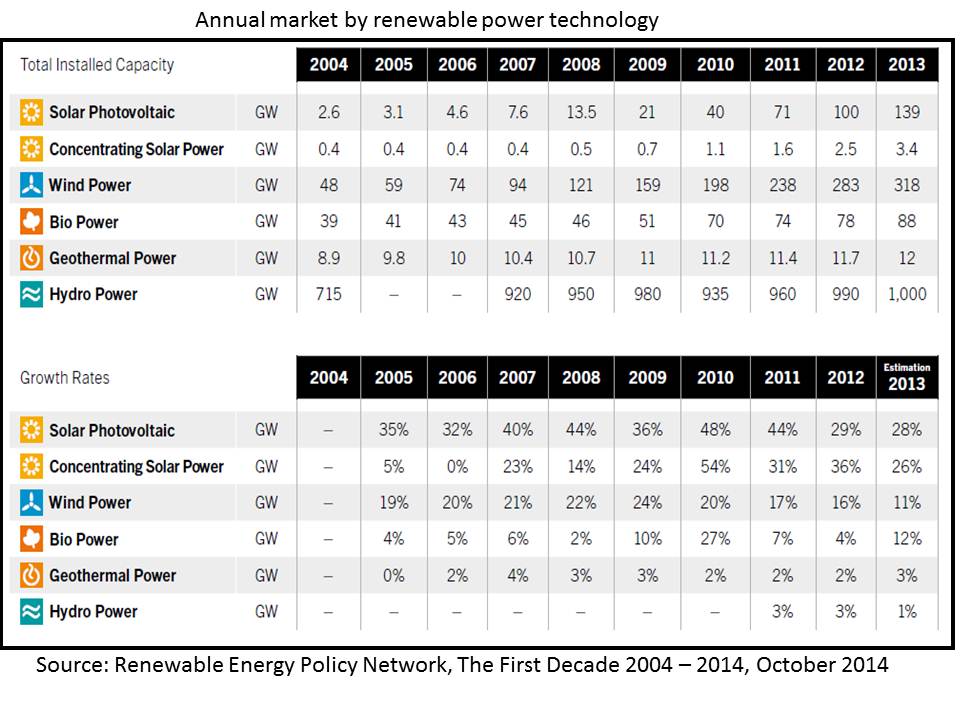 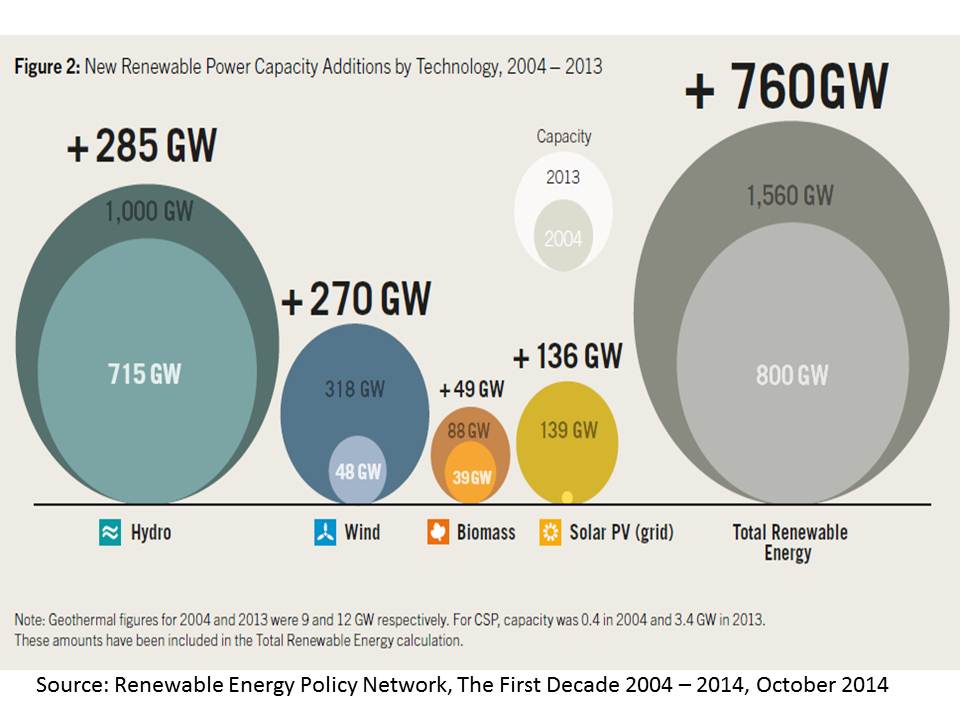 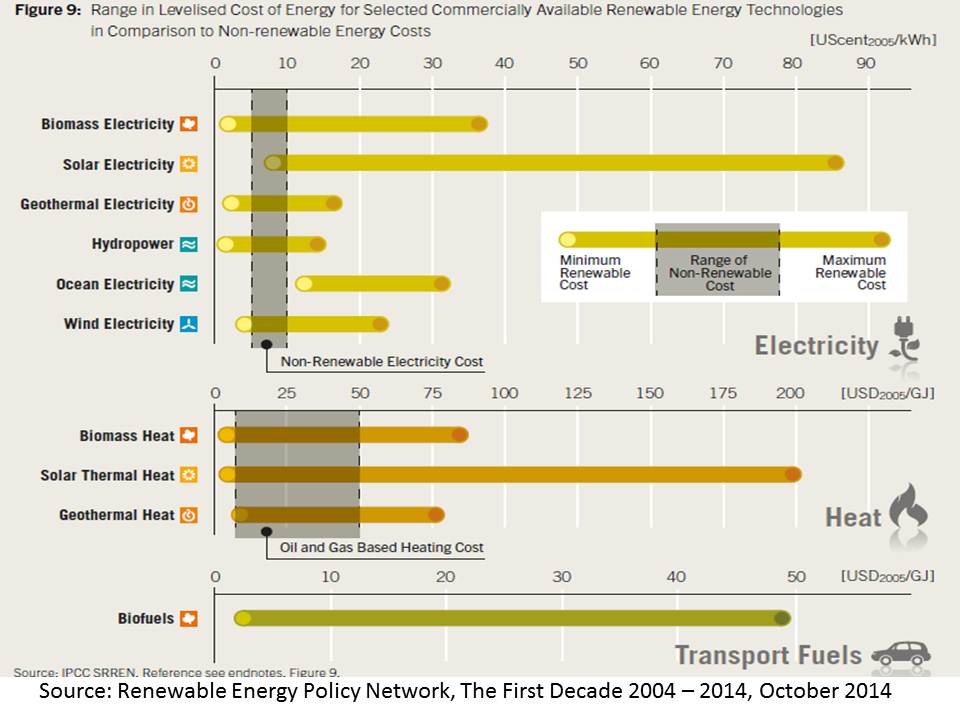 * It is interesting that developing countries whose populations would significantly benefit from renewable power sources like biomass, solar and wind are struggling to find the necessary policy consistency and capital investment needed for its development.  In Indonesia for example 50 million people have no access to energy services so off-grid energy solutions would be an important breakthrough.

There also seems to be significant political pressure from existing energy businesses to minimise renewables development. In its general overview for Sub-Saharan Africa the report notes: “Unstable policy frameworks and rapidly changing renewable energy support schemes have led to financing challenges as investors are wary of regressive policies…”. In India the report says “there continues to be resistance from conventional power and finance sectors to renewable energy development.

Despite the negative attitudes to renewables in some developing countries there are important drivers for change. In particular energy security independent of costly oil and gas imports and ability to supply in remote areas which lack grid and road infrastructure loom large as catalysts to change.

The full report is available to read on line at www.ren21.net 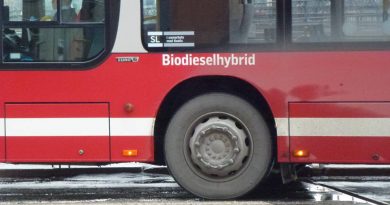