When one of the driving forces behind the Green (now the Evergreen) revolution in India’s agriculture, M.S. Swaminathan spoke to scientists in Australia last year he said more research resources should be directed towards soil biological health to improve farming productivity and resource use efficiency.  The recent Grains Research and Development Corporation Crop Updates series of seminars across Australia demonstrates why Swaminathan’s advice should be taken.

There is something missing with the current thinking behind recommendations for inorganic fertiliser use across crops and pastures. A national nutrient budget for farms receiving fertiliser suggests there are more major nutrients applied per year, particularly phosphate and nitrogen, than are exported off farm in food. This situation has been happening for decades, but receives little attention from scientists, Professor Peter Cornish, University of Western Sydney is an exception, so to is the research by WA Dept of Ag’s David Weaver and CSIRO’s and Mike Wong

In a recently published paper they showed that:

Across southern Australian farms surveyed median P inputs were 9.8 kg P/ha/yr  for sheep grazing, 11.3 kg P/ha/yr for beef cattle grazing and specialised cropping, and  25.6 kg P/ha/yr for dairy cattle grazing. The corresponding  phosphorus outputs in wool and sheepmeat, beef, grains and milk were  1.1 kg P/ha/yr,  1.9, kg P, 5.6kgP, and  7.7 kg P/ha/yr  respectively. Despite these P balance anomalies, that is P levels are building in most soils, the majority of farmers stick with a standard annual application of P fertiliser.

Secondly, soil phosphate tests are demonstrating a high degree of unreliability about plant availability. Inside the range between severe deficiency to excess, soil tests are at best moderately reliable (50%) for fertiliser decision making.  Out of frustration a new P test, called the DGT test is being developed.

Fourthly, precision agriculture and variable rate technology (VRT) is sophisticated enough to meet precise crop nutrient requirements, but is likely to fail to deliver expected fertiliser use efficiency with the existing soil testing regime. Farmers own paddock strip trial and paddock fertiliser balance estimates based on yield monitoring are likely to provide more accurate fertiliser application data.   This is demonstrated in the ongoing Minnipa South Australia cereal trial. So far the total gross margin of no fertiliser use matches VRT, while the traditional fertiliser recommendation is losing money.

Fifthly, despite the recognised importance of the soil food web and mycorrhizae colonisation for plant health and nutrition they are usually given no consideration by agronomists and farm consultants when recommending fertiliser inputs.

Finally, some researchers are searching for silver bullet solutions to plant nutrition as they flounder to counter increasing inorganic fertiliser costs. Some of the current GM wheat field trials around Australiaare testimony to this.

Most agricultural scientists and advisors have opted to ignore the likely answers. They are not joining the dots between the widespread adoption of conservation farming’s improved soil organic matter and increasingly contradictory fertiliser trial results irrespective of growing season rainfall. In contrast, an increasing number of farmers are achieving better fertiliser use efficiency by paying attention to plant nutrient budgets and providing their soils with the food sources required to meet the needs of a healthy soil food web.

The soil food web should not be considered exclusive to organic farming, it is relevant to all systems and has much to offer conventional farming, particularly lower input costs per unit of yield and mm of rainfall, but its characteristics need to be recognised, understood and catered for.

Questions farmers should be asking themselves before making decisions on fertiliser rates include: 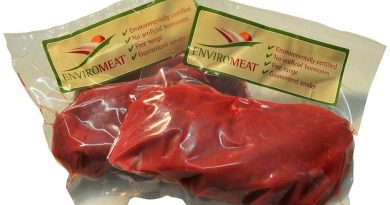 No meat interview demonstrates “go with the flow” journalism 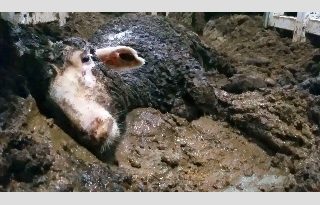 Live sheep exports – Where is evidence WA sheep farmers rely on it for business survival? 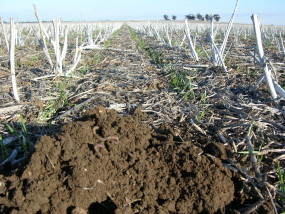