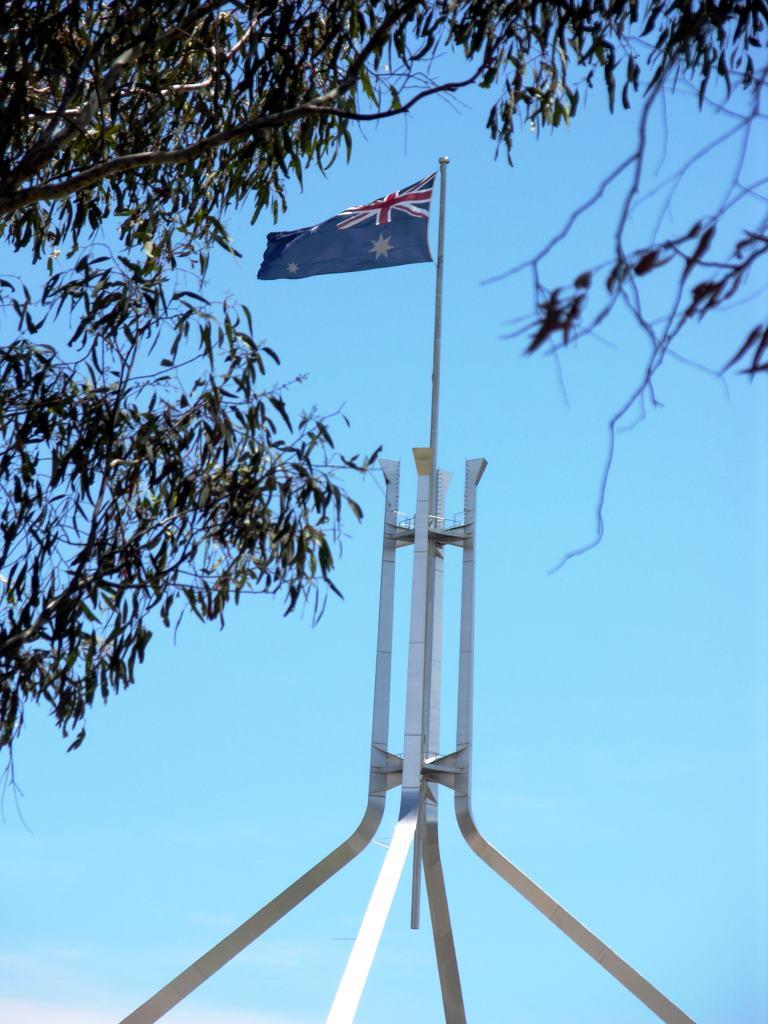 Hugh McKay’s 2019 Australia Day address
In 1788, the First Fleet dropped anchor in what was to become known as Farm Cove (just across the park). Over forty nationalities were represented in the people on board those 11 ships – including French, German, Dutch, African, American, West Indian, as well as English, Welsh, Irish and Scots – and of course they landed on a continent where hundreds of indigenous nations were already co-existing. So I think you can safely say multiculturalism is in our DNA.
In fact, when we celebrate Australia Day and we’re casting around for things to brag about and things to feel proud of, surely that’s chief among them: our renowned ability to create a remarkably harmonious society out of such extraordinary diversity. We brought people here from 200 different birthplaces around the world. Right now about a third of Australians were born overseas, in Sydney 43 per cent of the population was born overseas.
We think of New York as the great melting pot. They can come up with a measly 35 per cent of their population born overseas. Well, we’ve brought people here from those 200 different places and made it work so well that if there are outbreaks (as there sometimes are) of ethnic tension or racial prejudice they’re reported in the media because they are so unusual, because they are not characteristic of who we are.
Of course, we’re proud of more than our harmonious diversity. We like to brag about that, don’t we? Our inventiveness, for instance – from zinc cream and the Hills Hoist to wi-fi and the Snowy Mountains hydro-electric scheme, plus our many breakthroughs in medical and scientific research. We can take pride in such cultural institutions as the ABC and our brilliant network of public libraries … and in our volunteer services, from surf lifesaving to bushfire-fighting. I think we can even be proud of Federation itself – that still-glorious symbol of our willingness to bring six sovereign states together to form the Commonwealth of Australia. And, of course, we go wild over any athletes, actors, artists who win gold for Australia.
Most of us are patriots, simply because it’s natural for us to love our homeland, but patriotism can easily get out of hand when, for example, we try to claim the values of any civil society as uniquely ours, or when we fail to acknowledge that the finest, noblest qualities spring from our humanity, not from our nationality.
Still I’m a staunch patriot myself, but I must say the Australia I love today – this sleep deprived, over-weight, over-medicated, anxious, smartphone-addicted society – is a very different place from the Australia I used to love.
I was born in 1938, I spent most of my childhood in the 1940s, and my adolescence in the ‘50s. I began my research career, straight out of school, in 1955 – pre-TV, pre-computers … though not quite pre-historic. Reflecting on more than 80 years of living here, and more than 60 years of studying the place professionally, I could point to many ways in which Australia has changed in that period – for the better and the worse. Here are my top three picks.
Gender revolution
By far the greatest cultural change has been wrought by the gender revolution. I grew up in a binary world of males and females with little tolerance for ambiguity, no understanding of the gender continuum, and little argument with the proposition that women were second-class citizens when it came to education, employment, remuneration and social status.
The women’s liberation movement of the 1970s began the long haul towards gender equality – but of course that goal is still far from being realised – but that has evolved into a social revolution that is about far more than feminism. And more broadly, it’s part of our awakening to the fact that we need to take each other seriously as persons, as individuals – to respect each other in our own right, rather than as members of any group defined by its gender … or, indeed, by its ethnicity, religion or political convictions.

Wealth distribution inequality
The second big change relates to the distribution of wealth and income. I grew up, like most of my generation, with the great advantage of being a middle-class kid in a middle-class world – my family bore no burden of wealth, privilege or entitlement, but none of the hardship of poverty either. We belonged to a society that dared to dream the egalitarian dream and that saw our public education system as its most powerful symbol. Do we still dream that dream? I doubt it.
We are learning to live with a chasm of income inequality: two million of us are either unemployed or underemployed, the workforce is being increasingly casualised, three million of us live in poverty, and that includes the 16 per cent – I will just repeat that figure, the 16 per cent – of dependent children who lack reliable access to safe and nutritious food.
Meanwhile, there’s been an explosion in the number of high-income households – some enjoying executive pay packages most of us find impossible even to imagine – and last year’s ACOSS/UNSW report on inequality revealed that the top 20 per cent of Australian households are now 100 times richer than the bottom 20 per cent. This is a situation we would once have found abhorrent.

Socially fragmented society
The third big change that I want to identify is more complex but, in summary, we have become a more socially fragmented society – more individualistic, more materialistic, more competitive – and that takes us to the heart of what I think might be the biggest social challenge facing contemporary Australia: the challenge of preserving our social cohesion.
Social cohesion is the absolute fundamental prerequisite for any healthy society, but it doesn’t automatically happen. In contemporary Australia, just like many comparable countries around the world, we are facing some serious threats to our social cohesion from a series of radical shifts in the way we live – none of which incidentally are related to immigration or, indeed, to cultural diversity.

Let me remind you some of the many social changes that are putting pressure on the stability and cohesiveness of our communities and heightening the risk of social fragmentation.

Our shrinking households: When I was born, the average Australian household comprised 4 people; the average today is just over 2 people, and our fastest growing household type is the single-person household – already accounting for one household in four, and soon to become every third household. Now not everyone who lives alone feels lonely – just as not everyone who feels lonely is socially isolated – but the trend towards ever-smaller households clearly increases the risk of social isolation.

Our rate of relationship breakdown: When I was born, fewer than 10 per cent of marriages ever ended in divorce; today, between 35 and 40 per cent of marriages and other relationships are expected to end in separation or divorce, with obvious emotional and social consequences not only for the couples who are splitting, their families, their friendship circles and the neighbourhoods they are entering and leaving.

Our falling birth-rate: I was born just before the baby boom that sent our birth-rate to 3.6 babies per woman through the 1950s. Our present birth-rate (at 1.7 babies per woman) is way below replacement rate: relative to total population, we are producing the smallest generation of children Australia has ever produced, which means the social connections that were previously initiated by children when a family moves into a new neighbourhood are less easily made than they once were. In compensating of course, notice that as the birth rate falls, the rate of pet ownership rises. And the names we give our dogs suggests that they are indeed child substitutes. I know dogs called Ian and Nigella. And a man recently thought I would like to know that his dog is called Hugh.

Our increasing busyness: Here’s a fourth change. When we greeted each other, we used to say, ‘G’day’ or ‘How are you going?’ Now our standard greeting has become, ‘How are you going – busy?’, reflecting a revved-up way of life that leaves us less time and energy for the nurturing of personal relationships, especially with neighbours.

Our increasing mobility: On average, we move house once every six years and, thanks to almost universal car ownership, most of us live in drive-in/drive-out suburbs and towns where footpath traffic has declined and there are fewer opportunities for the incidental social contacts that build a sense of community trust.

Our increasing reliance on information technology at the expense of personal interaction: And then of course, there is our increasing reliance of information technology at the expense of personal interaction. The IT revolution is brilliant of course, seductive, efficient, convenient, we can’t do without it. But it’s a paradoxical revolution: on the one hand it promises, and does, connect us like never before; on the other hand it makes it easier than ever before for us to stay apart. (No wonder that, among young people, the heaviest users of social media also report the highest levels of loneliness and anxiety.) 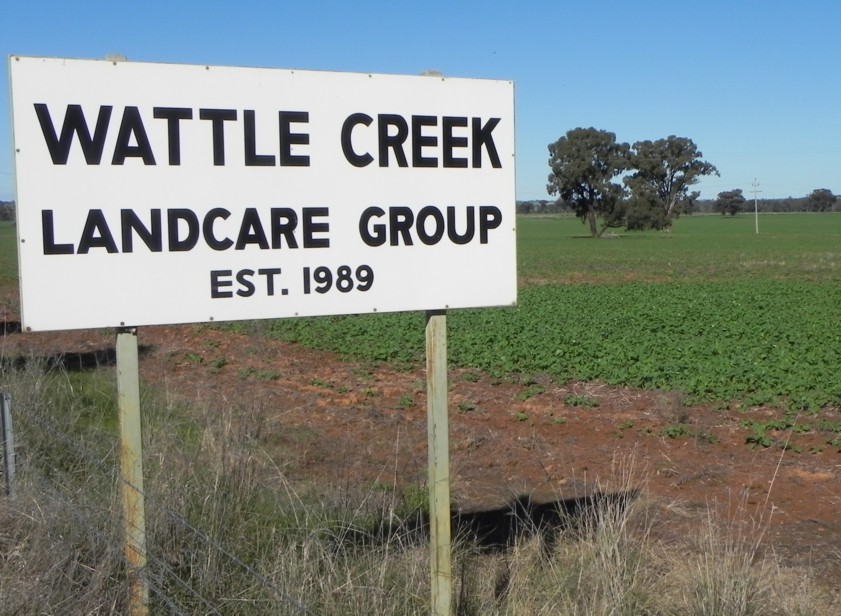 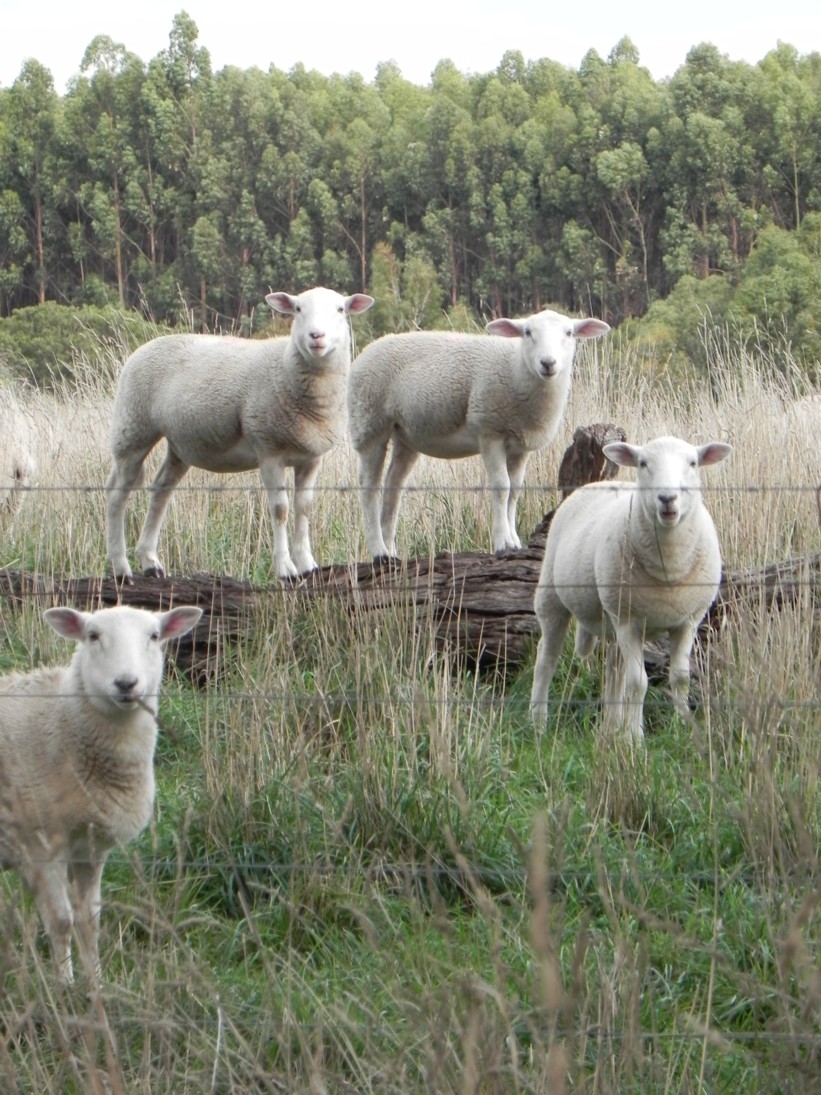 Live export for slaughter has farmer opponents as well