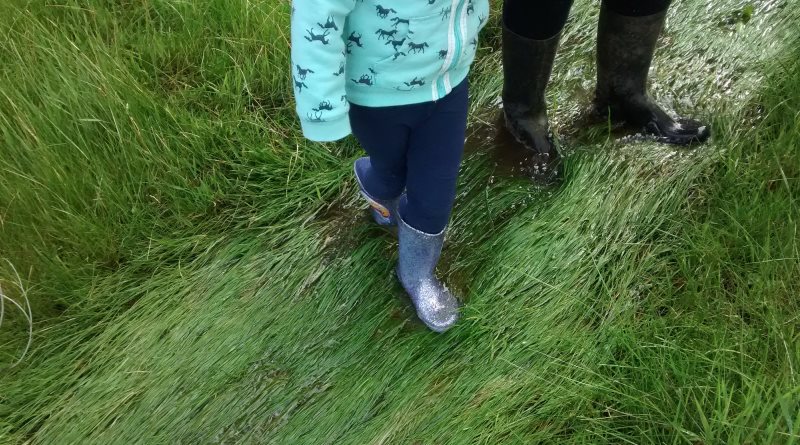 With limited rainfall, the key at Moffitts Farm is to hold as much water as possible in the soil and vegetation, when rain does fall. We don’t want rainfall running straight off the soil surface or draining through the soil out of the reach of plants. Soil water holding capacity is high because:

In extremely high rainfall events there is some water run off from the paddocks, and as it percolates through the soil, it is cleared of pollutants and seeps back out of the soil, lower down the hill, near the creek. This water is much clearer than the creek water which gets polluted from road run off and from manure coming off farms upstream. (Runoff only happens on Moffitts Farm during late winter – early spring after average rainfall has wet the soil profile and there is little surface evaporation, or in late spring and summer when heavy thunderstorms drop more than 100 mm in 24 hours).

Although the soil water holding capacity of Moffitts Farm is now excellent, it has created a problem for us in dry years, when the livestock drinking water can get quite low. As yet we have not needed to buy in water, but near the end of the 13 year dry event (ending in 2010) we were facing that prospect because winter spring rains were generally below average and heavy thunderstorms were never heavy enough to create run-off into the dams.

The benefit of large tussocks of grass in combination with good soil water holding capacity, is that our plants respond quickly to even a small amount of rain. This is particularly important during or after a dry summer. In comparison, a small, overgrazed plant on a neighbouring farm may grow a little with the first autumn rains, but without follow up rainfall, may subsequently die off. Our large plants have good stores of energy in their large roots, and so even a small amount of rain can be used for new growth and the plant will survive another dry spell. See photos at this post showing how quickly the Moffitts Farm pastures responded to the first rains of 2014 which occurred in late March and April after our driest summer ever.

[su_box title=”Is meat a water intensive product?” style=”bubbles” box_color=”#1F4F82″] Often critics of meat consumption suggest that a very high volume of water is used to produce beef or lamb, implying that this water has been diverted to grow meat, and stopped from producing something else. In point of fact, in most places in Australia, water has not been taken from anywhere, it has not been pumped onto a farm, it has fallen as rain, and most will leave the animal and the farm again as part of the water cycle. If 800mm of rain falls on 10 ha over a year and 1000kg of beef is produced on those 10ha, is it really the case that 8kL of water has been lost into the meat? No, the animal urinates, the plants and soil retain some of that water, some evaporates, some runs into the creeks or underground aquifers. If the whole volume of water was exported off the farm as meat, then dry deserts would be left behind, not a functioning farms that are ready for more livestock. Worse, these calculations of water use never just rely on rainfall, they are always based on an assumption that livestock eat grain, and the calculations include how much water was needed to grow the grain too. Use of grain as feed is more common in the USA, than in Australia. Where it is used in Australia it is only for a short period of the animal’s life, three months in the case of cattle, so very little of the entire diet of the animal, over its life is grain. At Moffitts Farm the cattle never eat grain, and the lambs (but not the fully grown ewes and rams) may eat some grain if there is a dry summer as a small proportion of their diet, which is otherwise grass based (in 2014 this was the case from January to April, in 2015 although it was a dry summer we fed silage rather than grain because we now had a branded lamb product, and chose to remain grass-fed for the consumer demand). It is also worth noting that critics argue that a vegetable requires less water to produce than meat, based on these inflated figures. The truth is that on Moffitts Farm and most other places that meat is produced in Australia, the rainfall is completely inadequate to grow most vegetables, and irrigation would be necessary to sustain a vegetable business, but in this very need, it makes the farm unprofitable – the cost of installing irrigation and buying water would not be made up for by crop sales. So there are two myths being purported, one, that meat production is dependent on (and using up) a large volume of water, and two, that this great volume of water could be used to produce vegetables on the same land instead. In reality, much of the land that Australian beef and lamb is grown on would not support any other type of agriculture except grazing, because grazing businesses are actually very low water users. The only vegetable that might be possible to grow as a commercial crop at Moffitts would be potatoes, and that type of farming without guaranteed water for irrigation has much more risk of damaging soil structure and biology, and limit carbon uptake and associated farm ecosystem benefits. We see livestock grazing as a far more sustainable option for our non-irrigated farming district.[/su_box] 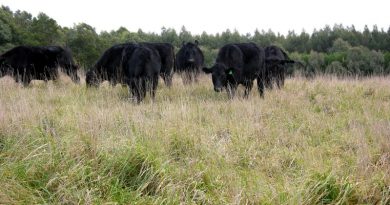 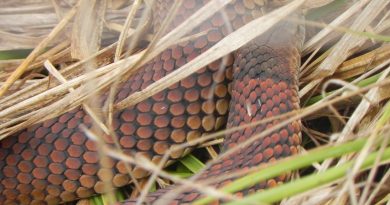