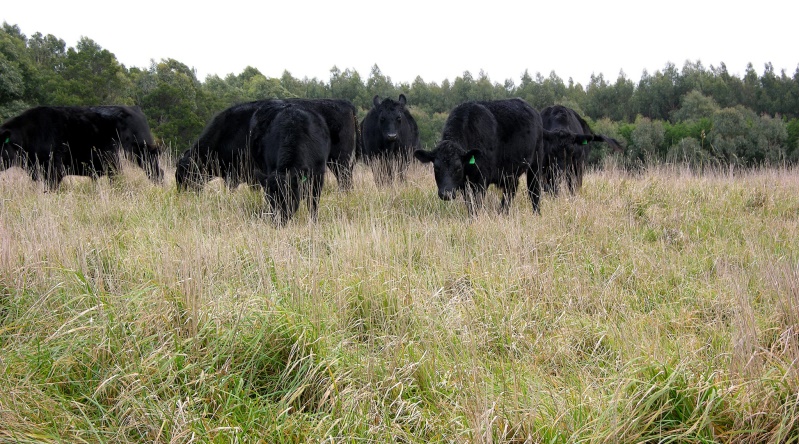 A farm that is a net carbon sink stores more carbon from the atmosphere than it releases to the atmosphere. The figure shows a sub-cycle within the global carbon cycle. Carbon continuously moves between the atmosphere, plants and soils through photosythensis, plant and microbe respiration, harvesting, fire and decomposition.

Moffitts Farm is a net carbon sink, calculated by a tool for farmers that tallies livestock methane gas emissions, carbon exported off the farm as a product (e.g. meat), energy and fuel use on farm and carbon sequestration by trees. It is estimated that Moffitts Farm was a net carbon sink of 258 tonnes CO2 equivalent per year. This figure will increase up to about 2030 as farm trees mature and an equilibrium is reached. The tool used was the Sheep Greenhouse Accounting Framework, created by The University of Melbourne.

On Moffitts Farm we hold a significant amount of carbon in the system all year round. This is because we never let our grass volume get low, we would sell off livestock rather than jeopardise the plant and soil health. Our pastures are always above 2000kg of dry matter per hectare, or at least 14cm high with complete ground cover, any time of year. Living organisms, such as grass, are about 50 % carbon, so because most of the property at any given time has 3000-5000kg of dry matter per hectare, then most of the property has 1500-2500kg of carbon as plant material stored per hectare. When it gets drier and the paddocks have less living material (but still a minimum of 2000kg of dry matter, or 1000kg of carbon per hectare), the dry stalks drop off and are incorporated into the soil as organic matter. Some of this material is decomposed and this involves the release of carbon into the atmosphere, but most is worked into the soil and protected from erosion and not lost from our farm system. Whilst our soil and pasture carbon bank would vary over the seasons, it would be a net holder of carbon, rather than a net emitter throughout the year, meaning that we are an even bigger carbon sink than the farm calculator suggests.

During photosynthesis, plants remove CO2 from the atmosphere and store it in their structure. Plants release some CO2 back to the atmosphere through the process of respiration. The death of whole plants or parts of plants (leaves, roots and branches) make up a transfer of carbon from the plant to the soil, often referred to as carbon flow. Dead plant material on the ground, residue or litter, begins the process of decomposition. Microbiological decomposers (bacteria, fungi and other biota) consume soil organic matter and convert it into more stable forms, eventually into humus. Soil microbiological activity concentrates and recycles nutrients while some carbon is lost to the atmosphere. This is a system with a constant flow of carbon occurring in terms of plants growing, shedding organic matter and decomposing. The rate of carbon flow varies with temperature, rainfall, soil type, vegetation types and soil compaction. components of soil organic matter. The component parts of soil organic matter.

Soil organic matter can be considered in two main parts: Active Decomposing (soil organic matter that is not yet stable) and humus (the long lasting, stable component of soil organic matter). Humus is hard to influence over short time scales, but the active component can be manipulated by on farm practices. To increase the content of carbon in the soil, input of residues must be increased and/or the rates of loss of carbon must be decreased. Essentially, a healthy plant and soil system must be established, with vigorous, bulky perennial plants, growing year around, returning plant residues (shoots, leaves, roots) to the soil, and a healthy soil biology to decompose the plant litter into soil carbon that is stored in a manner that is unlikely to be further broken down and released to the atmosphere. 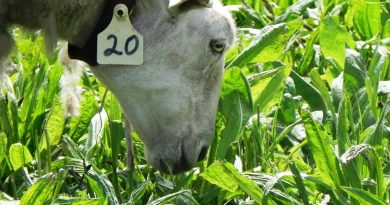 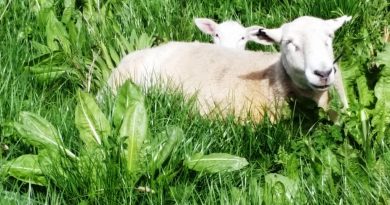 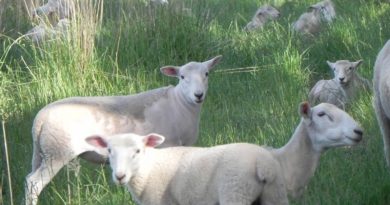