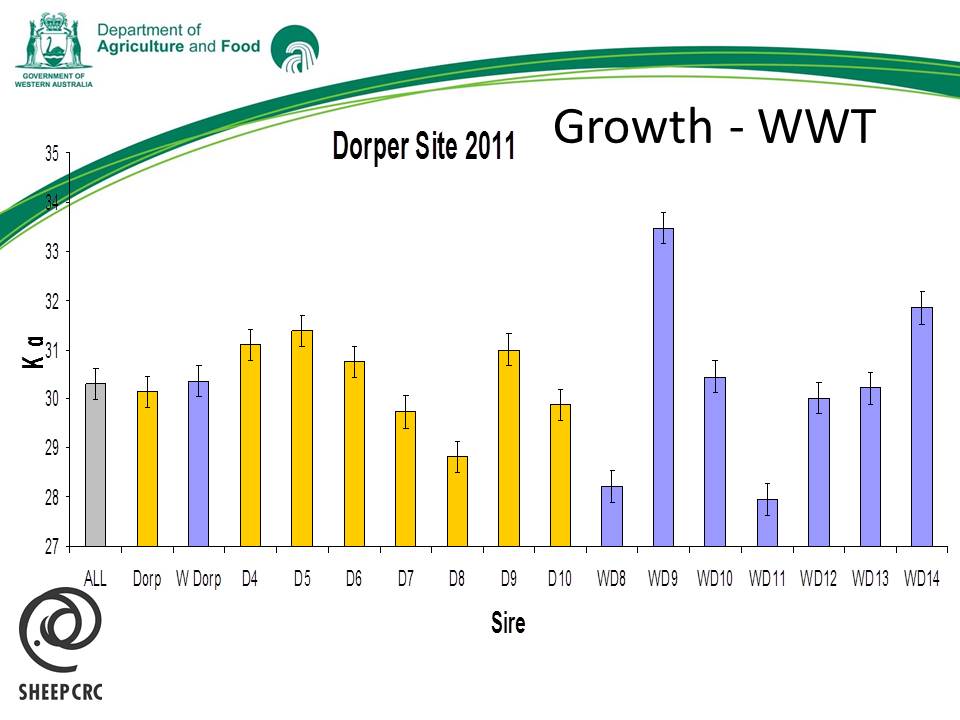 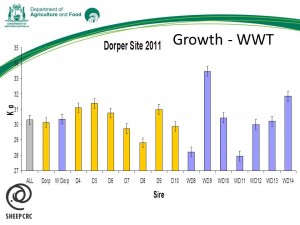 Cleanskin sheep breeds are emerging as a significant sector in Australian sheep meat production. The Dorper, White Dorper and more recently Wiltipolls are leading in terms of popularity, particularly for sheep enterprises in the pastoral zones where variable costs for running Merinos have become too high, capital costs for maintaining sheds and quarters cannot be afforded, and labour for shearing and crutching is hard to source.

Despite the proven history of genetic selection for lifting meat sheep production using Australian Sheep Breeding Values (ASBVs), most Cleanskin sheep breeders are increasing their flocks without the adoption of ASBVs.  Some of the speakers at the recent Cleanskin Sheep Australia symposium in Adelaide highlighted the implications.

Agriculture and Food WA geneticist Ken Hart emphasised the importance of measuring individual animal trait performance on as many progeny as possible and developing ASBVs in conjunction with Sheep Genetics Australia. Without them commercial Cleanskin sheep buyers are buying animals with enormous genetic variation. For new breeds giving commercial clients some confidence in genetic integrity of the animals they buy is critical for expansion.

“There is always greater variation for any trait within a breed than there is in the mean for the trait across different breeds,” he says.

Hart has been working with a 600 Dorper and White Dorpers ewes at Narrogin WA as part of the Sheep CRC’s Information Nucleus Flock to demonstrate the performance difference inherent across any Cleanskin breed and in fact across all livestock.

“Those (Sheep Genetics Australia) tools use information that is measured from the animal itself (phenotype), its forbearers (Pedigree) and offspring (Progeny). Information from the phenotype and pedigree are limiting in that they can only be collected once. Because the number of progeny is not limited they provide a potential to accumulate information. The thing that is intrinsically neat about that is that genetic improvement is about the next and subsequent generations. What better yardstick can there be than measuring the progeny of that generation,” he says.

Figures 1, 2 and 3 provide  snap shots of three traits measured in the Narrogin flock that clearly demonstrate that variation within a breed is greater than variation between breeds.

“However if we look at the individual sires within the White Dorper group the lambs of sires WD9 and WD14 had the heaviest average weaning weight of all lambs in the trial from the 2011 drop.

Conversely the lambs of White Dorper sires WD8 and WD11 had the lowest weaning weights. So while the average weight of each breed was no different there were significant differences within the one breed.

Even when the data from the small sample of sires shows differences between breeds, figure 2 for Worm Egg Count and figure 3 for Eye Muscle Depth, the differences within breed, that is between sires, are greater.

Hart says it is only when genetic variation is present that sheep breeders have a potential to achieve  genetic improvement.
Figure 3 provides a good example of this. It shows that Eye Muscle Depth in White Dorpers is, on average, less than Dorpers.
“We see however that the values for Sires WD1 and WD4 are well above the average for the breed. It is this variation that provides the opportunity to select to improve the trait within the breed,” he says.
The Dorper, and all Cleanskin breeds are dual purpose sheep. However rather than being dual purpose for meat and wool their strengths are for meat and maternal traits. Preliminary analysis is suggesting that most carcase traits are tending to be similar to the traditional terminal sire breeds, which are well represented in the Information Nucleus. This is demonstrated with hot carcase weight, figure 4.
Hall says for maternal traits the early information is suggesting some breed differences. The Dorper breeds appear to carry more fat and have greater eye muscle depth.
“While the initial reaction to more fat is often negative it is actually a positive maternal trait. For breeding ewes it is perhaps better to consider this as extra body reserves rather than fat. Extra body reserves provide a distinct advantage when it comes to rearing lambs, both for production and animal welfare. It is perhaps even more important for the Dorper breeds which tend not to have a seasonal anoestrus.“That means they have a potential to reproduce any time of year. With that comes a potential for more frequent lambing than occurs in the traditional annual system of other breeds.However everything comes at a price. Additional output will require additional input. Extra body reserves will play an important role for those times where nutritional demand falls short of feed intake,” he says.
As for lean meat yield comparison Hall showed that compared to other breeds the Dorper and White Dorpers are relatively poor performers. The breed average yield was around 59.5% compared to Poll Dorsets at 61.3% and Texels at 63.3%, figure 5.
Another DAFWA geneticist, Dr Mark Ferguson, has shown that in Merinos increased eye muscle depth is correlated with increased litter size and the capacity to rear multiples. If that correlation is consistent across other sheep breeds it suggests that the Dorper breeds have a potential to produce and successfully rear more twins.
Hall says LambPlan is a tool available to identify superior breeding animals for meat and maternal traits. The more information that is available from a ram the more reliable the estimate of genetic merit becomes.
The Information Nucleus has been able to collect a vast array of data including for traits that are too difficult or too expensive for producers to measure. The data has also enabled better knowledge on the relationships between different traits. All this has resulted in a marked improvement in the accuracy of the estimate of Australian Sheep Breeding Values (ASBV).
Table 1: How data availability improves the accuracy of genetic trait information.

Table 2: How data collected from progeny of one ram improves the accuracy of genetic trait information.

Table 2 shows a sire that has been producing lambs for a few years. As he has more progeny born and measured the accuracy (confidence) of the ASBV improves. The closer the figure gets to 100% the slower the rate of improvement. Even when the data is added from the trial in year four there is a significant improvement in accuracy.

“One other big advantage for industry to come from the Information Nucleus is that over time the confidence in ASBV will filter through to more and more sheep in the system. There will be more confidence in the estimates for his progeny and their descendents. In that way the system is self perpetuating and feeds on its own success. Thus the more sheep that are entered into LambPlan the more reliable it will become,” Hall says.