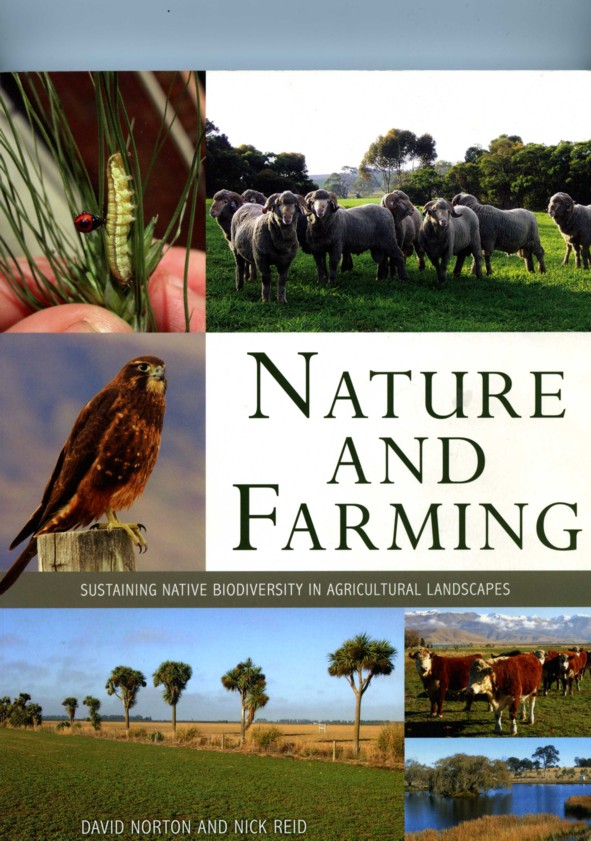 At last an accurate review of farm biodiversity and its future

It is refreshing to finally find a book about agricultural ecosystems in which the authors understand the reality of farming. That is, agriculture depending on its intensity, alters ecosystem functions like biodiversity, but that doesn’t mean it must be degrading or negative, it’s just different.

“Nature and Farming – sustaining native biodiversity in agricultural landscapes” by David Norton, University of Canterbury New Zealand and Nick Reid, University of New England, Armidale New South Wales presents readers with an enlightened account of how biodiversity on farms has been impacted by agriculture and how farmers can increase and manage it. The authors emphasis on farming landscapes being different rather than degrading for biodiversity will draw farmers interest rather than immediately putting them on the back-foot about their practices and turning them away from different or new ideas.

This positive approach to agriculture’s role in improving landscapes is enforced by the inclusion of a significant section of the book devoted to on-farm case studies. These are farmers who have put into practice holistic management which benefits farm productivity as well as ecosystem services like biodiversity preservation and improvement.

The book is an important contribution to agricultural literature because it provides a scientific basis for the biodiversity changes which have taken place over centuries and decades of farming and grazing across Australia and New Zealand. The authors understand how farming and biodiversity are interconnected and recognise many farmers are achieving great outcomes in this regard. It is important to note that the discussion is orientated to farmed and grazed areas in Australia’s agricultural zone, not in the pastoral zone. The authors draw a valid distinction between the two and it is one more commentators should understand when reviewing on-farm natural resources in Australia.

“Although arid and alpine rangelands used for extensive livestock production are legitimely considered agricultural land and comprise some 60% of the area of Australia and 4%of the area of New Zealand, they are by definition natural or semi-natural vegetation. Such areas have undergone little deliberate vegetation modification other than by livestock grazing, the installation of water points and perhaps some over-sowing (of pasture species).”

However, in saying the authors take a positive approach their discussion around the science of biodiversity changes associated with for example remnant patch size, and shape is sometimes academic and theoretical. It fails to give the farmer reader who has already undertaken a good deal of habitat restoration any confidence about the value of what they have done. Yet the farmers know they have had a positive impact on biodiversity. The farmer case studies demonstrate this but there is no link made by the authors to their biodiversity science coverage in chapters 4 and 5.

Apart from this there are a host of biodiversity home truths raised throughout the book. Here are some:

Despite the depth of knowledge both authors have about biodiversity in farming landscapes they fail to recognise one of its most important components, that is the soil food web as described by US soil biologist Dr Elaine Ingham. When understood and managed appropriately by farmers the soil food web represents a biodiversity wonderland unmatched by anything above the surface.

As an example  CSIRO scientists Alan Richardson and Richard Simpson report in their  2011 review “Soil microorganisms mediating phosphorus availability” that “…bacteria alone may be represented by as many as 10,000 species per gram of soil…”. So the ability of farmers to positively impact the soil food web and subsequently the above ground biodiversity should not be ignored or down-played as secondary to their influence on conventional plants and animals.

Another issue the authors seem to ignore is the contribution farmers in the agricultural area have made to improving biodiversity through landcare and improved knowledge of grazing and cropping practices. Their views seem to be influenced by the long running conflict between farmers and the NSW government over its land use and native biodiversity regulations. Too often the authors refer to farmers action over “…the last 60 years…” while radical changes in management have taken place over the last 25 years. Some of their views about farmer attitudes to biodiversity and land use also seem years out of date. There is a reference to “farmers notion that productive land not used for agricultural production is a waste…”. This may have been the case 20 years ago but is not the case now as more and more farmers are prepared to allocate land for conservation purposes. Landcare primary producer awards provide excellent examples of this happening.

Their over emphasis on farming (cropping) intensification contributing to biodiversity decline is also extraordinary as evidence suggests soil health is improving (grain yield per mm rainfall increasing, inputs per tonne decreasing), and it is often accompanied by more areas not being farmed at all. As well, throughout the cropping zone, sheep numbers have declined dramatically since 1990 with many farmers no longer having a grazing enterprise. This means native vegetation in and around cropping paddocks, particularly grasses and forbs are regenerating.

What I disagree with the authors about:

“Nature and Farming” provides readers with one of the best insights into the real impact of farming on biodiversity and without mentioning them, many of the other ecosystem services. Its key points should be read and re-read by NRM bureaucrats and conservationists as at the end of the day any significant achievements made will be the responsibility of farmers taking action on their own land on a continuing basis.

“Nature and Farming” is highly recommended.

“Nature and Farming” by David Norton and Nick Reid is published by CSIRO Publishing and has a recommended price of $69.95; www.publish.csiro.au

Book review “Cows Save the Planet” 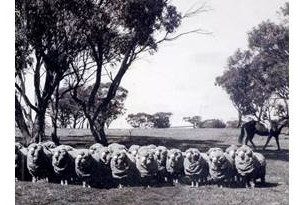